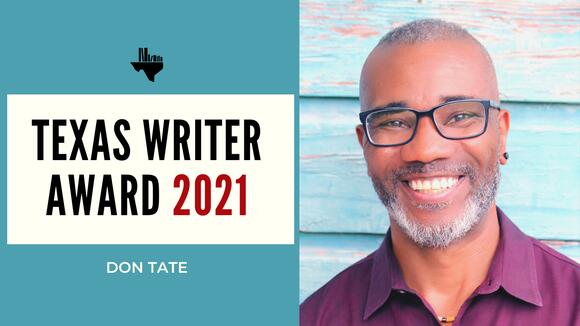 Don grew up drawing, but he never thought of becoming a writer when he was a child. He didn't see himself represented in books, and therefore wasn't much of a reader. However, as is often true of successful people, he had someone he admired who inspired him. According to the recounting of his story on the Texas Book Festival website,

"He had an aunt, Eleanor E. Tate, who was a trailblazer. She was the first black journalist at the Des Moines Register and also wrote young adult fiction. When one of her books, Just an Overnight Guest, was adapted for TV, Don attended the premiere at the Des Moines Public Library. For Don, 'it was the moment I realized I could be a book creator. It gave me permission to dream.'"

Following in her footsteps while also blazing his own trail, he began as a children's book illustrator while working as a graphics reporter for the Austin American Statesman. His first was Say Hey: A Song of Willie Mays." Tate followed that one with "Summer Sun Risin’, Black All Around!, Ron’s Big Mission, She loved Baseball: The Effa Manley Story, Duke Ellington’s Nutcracker Suite, Hope’s Gift, The Cart That Carried Martin, and The Amazing Age of John Roy Lyn.

The Texas Book Festival website continues to report on his achievements.

"He wrote and illustrated his next book, Poet: The Remarkable Story of George Moses Horton (Peachtree Publishers, 2015). Poet went on to receive multiple awards and Don made history as the first two-time recipient of an Ezra Jack Keats award." 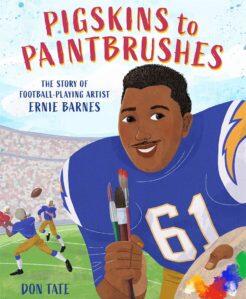 Tate wrote and illustrated his next book, Poet: The Remarkable Story of George Moses Horton (Peachtree Publishers, 2015). Poet went on to receive multiple awards and he made history as the first two-time recipient of an Ezra Jack Keats award.

Tate has been consistently busy since he published his first book, publishing and illustrating books that celebrate the important stories and contributions of Black people to American history. In addition to being the 2021 award winner, he is also a 2021 Texas Book Festival author with his latest book, Pigskins to Paintbrushes: The Story of Football-Playing Artist Ernie Barnes.

Tate is the founding host of The Brown Bookshelf, established to center the voices of Black authors. He also participates frequently in Texas Book Festival’s Reading Rock Stars program as a featured author and illustrator.

Tate volunteers to inspire young readers through school visits to elementary schools across Texas and beyond.