You Can Take a Walk Through History and Culture on the Tejano Trails in Austin, Texas 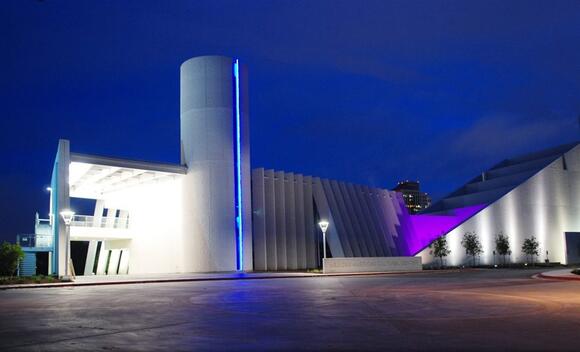 Like most of Texas, Austin has a rich Mexican American/Tejano past. Texas once belonged to Mexico, and many Latino families in Texas have been here since before Texas became a state. The free walking tour on the Tejano Trails in the city of Austin invokes much of that rich heritage.

The Tejano Trail is described by the Texas Historical Commission:

"The 4.9-mile Tejano Walking Trail covers an incredible span of history, from the post-Civil War expansion of the railroad to the 2009 dedication of a Cesar Chavez statue at a library on his namesake street. The guide features 24 sites along the walking trail, plus an additional seven on the 5.6-mile Trail of Tejano Music Legends. The trails direct users through the heart of the East Cesar Chavez and Holly neighborhoods—a historically Hispanic area adjacent to downtown subjected to gentrification for more than a decade. In 2012, the U.S. Department of the Interior designated the trails as National Recreation Trails, and both are featured in the Texas Historical Commission’s (THC) Hispanic heritage travel guideand mobile tour."

AB Cantu/Pan American Hillside Amphitheatre and Recreation Center, at 2100 E. 3rd Street. Since 1956 the ampitheater has been the stage for the traditional free Tuesday Night Summer Hillside Concert series. The series "has featured some of the hottest Tejano and Conjunto Bands in the southwest for almost 60 years."


Zavala Elementary School is located at 310 Robert T. Martinez Street. The elementary school was built in 1936 as a “New Deal” project under President Franklin Delano Roosevelt. Zavala Elementary is named for Lorenzo de Zavala, a signatory of the Texas Declaration of Independence and the first vice-president of the Republic of Texas.

Cristo Rey Catholic Church stands at 2201 E. 2nd Street. The land was acquired in 1922, and a wooden church was built in 1942. "At the first Christmas service the church had no water, gas, or electricity and oil lamps lighted the service." The current structure was built in 1959.
Cesar Chavez spoke to about 50 people at Cristo Rey during a United Farm Workers grape boycott in 1973, and attended Mass afterwards.

Join the tour to witness these and the remaining historical and cultural sites in Austin, TX.

Wanderlust Wine Co. storefront with painted armadillo.Photo from Wanderlust Wine Co. Wanderlust Wine Bar, downtown Austin, and soon in East Austin at 702 Shady Ln., (in the building that formerly housed another wine fave: Infinite Monkey Theorem, which was forced to close its Austin location during the pandemic), has 56 wines on tap, and you can become a founding member which gets you one free glass of wine every day for the rest of your life. It doesn't get any cooler or weirder than that. Whether you choose to be a founding member or just a patron, when you go to Wanderlust, you use your charge or debit cart at each tap of wine you want, insert card and pour your own.

In Cody, Wyoming We Drive Until We See The First Buffalo

My friend Michelle Milner, who lives in Cody, Wyoming, often gets in her truck and just drives until the she the first buffalo. Sometimes this happens in thirty minutes, sometimes much longer, and sometimes nearly right away. Cody, Wyoming looks and feels like the old west, with western style store fronts, mountains in the background, rushing creeks that flow through town, and sky that goes on forever. The entire state of Wyoming is wide open spaces, sparsely populated towns like Cody, and a wealth of wildlife. My friend is an artist and a jeweler who need those wide open spaces to be inspired and reinvigorated. Maybe you do too. I certainly did when I visited.

More Entries in the Burger Wars in Austin, Texas, This Time all Drive-Throughs and Locally Owned and Operated

House hunting in Santa Fe, New Mexico is a Challenge That's Worth it, Despite Continually Rising Prices

Adobe house in Santa Fe, New MexicoPhoto by Matt Briney on Unsplash. After too many decades of "trying" to move to Santa Fe, New Mexico, I finally have the determination and an actual plan to buy a house there. Those of you who know me, or follow me elsewhere, know that my nickname and email names are Carolsantafe. Buying there was only a matter of time. Lots and lots of time.

Five of The Best Burgers and Burger Joints in Austin, TX

I Was Attacked in Austin, TX. Here's What I Did and How to Defuse an Attack Anywhere

A homeless man suffering from mental illness pulled a knife on me two years ago in front of the Austin Recreation Center. It had been years since I trained in the martial art Aikido, but I instinctively measured my options. Fortunately, he gave me a warning, and therefore a chance. As he came up behind me and muttered gutturally, “Are you going to keep f(ool)ing with me?” I turned slowly while simultaneously stepping off the curb to get further from him.

Photo by Steve Saunders on Unsplash. In the City Different, all aspects of life are celebrated.Including death. I don’t attend funerals when I can get out of them. The spirit, and the person they were, is not inside the body any longer. Framing a funeral around a body has always seemed to me a morbid practice. I even refused to view my mother in her casket, and we closed it for the funeral service.