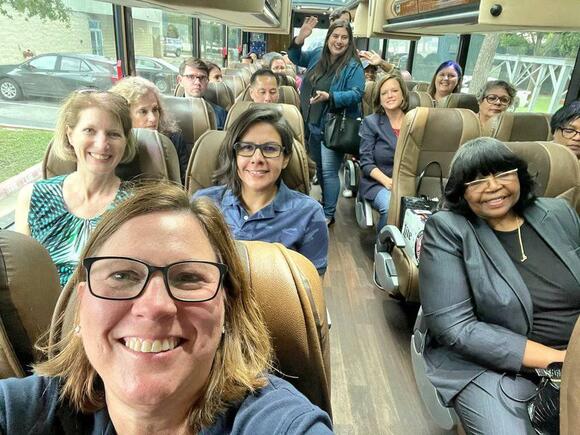 In a move reminiscent of their same action in 2003, Texas Democrats in Austin, TX walked out of the current special session. Many of them went to Washington, D.C. to "hide out" and lobby the United States Congress to pass the For The People Act.

The walk out is in response to Republican backed bills restricting voting rights in Texas, which were coming up for a vote in the special session. Since Republicans dominate both the House and the Senate in Texas, the bills restricting voting rights were guaranteed to pass in both chambers. However, as written in the Texas constitution, a vote can't be held if there isn't a quorum present at the time the bills come to the floor.

According to the Oxford English Dictionsary, a quorum is “the minimum number of members of an assembly or society that must be present at any of its meetings to make the proceedings of that meeting valid.”

The Texas House of Representatives has to have two-thirds of its members, which is 100 people, present to enact a vote. By leaving on Monday, July 12, the Democrats are denying Republicans the quorum they need to proceed.

“Today, Texas House Democrats stand united in our decision to break quorum and refuse to let the Republican-led legislature force through dangerous legislation that would trample on Texans’ freedom to vote," Democratic leaders said in a joint statement released Monday.

The Texas Democrats holed up in Washington D.C. hope that the federal For The People Act, which guarantees voting rights, will pass and supercede any law restricting voting rights in Texas, should Texas Republicans manage to force the Democrats to return and provide a quorum.

Representatives who left can be arrested, according to the state constitution, and forced to return. However, by relocating to another state, the representatives make that process much more difficult. Texas law enforcement lacks jurisdiction in other states.

If the Democrats who left can stay away until the end of the special session, or 26 more days from July 12, they can keep the bills from coming to the floor for a vote. Once the special session ends, Republicans will have to wait two years for the next regular session to make another attempt to restrict voting rights.

Using Harville Hendrix' Advice and Techniques, Do the Work to Discover What Type of Person You Want in a Relationship