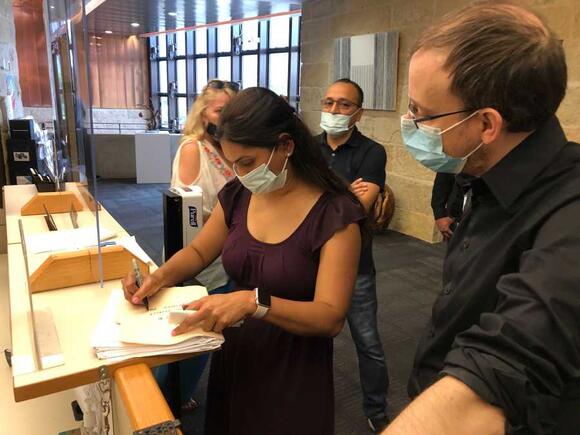 This is not your typical "Not in My Back Yard" group of neighbors. For one, theirs is a highly diverse area in Austin, TX. It has the highest concentration of Asian families, along with Hispanic, Black and White. They are an area chock-a-block with small local businesses.

Both Pecan Park and Anderson Mill have developed into neighborhoods with affordable rentals for families, and also contain some lower income apartment complexes. This is a very big deal in Austin, Texas, where rentals have skyrocketed with companies such as Tesla and Google building or expanding here. Many lower income and even middle class families are hard pressed to pay the higher rents.

In some ways, the current existence of lower-income housing available there would seem to make it an ideal location for converting a hotel into permanent supportive housing for the homeless. There are several reasons the neighborhoods are putting forth that indicate it may not be at all.

Their primary concern is that the Candlewood hotel isn't located next to a hospital. In fact, it's at least 15 miles away from the nearest one. Why is this an issue? Other permanent supportive housing is located next to hospitals for a variety of valid reasons.

The 50 people the city of Austin wants to house in Candlewood are the chronically homeless, which is often comprised of people with the most difficult to manage mental health issues. An adjacent hospital would provide the psychiatric services, including a psychiatric ward, that could help stabilize these residents in the case of a crisis.

Many of them, because they've been chronically homeless, also suffer from the health issues that come with exposure, lack of preventive medicine, inadequate diet, and for some, issues resulting from drug use. They have no end of life plans, much less wellness services. Some of which needs could be met by a hospital.

It's also important for those experiencing homelessness to be near public transportation, convenient grocery shopping, and access to potential jobs. These neighborhoods are located half in Travis County and half in Williamson County. There is only one bus line, no nearby grocery store, and the business are mostly small, family owned businesses with no plans or ability for hiring. The one bus line doesn't go to the nearest H.E.B. grocery store.

On a broader scale, the activists at Anderson Mill and Pecan Park have done their research about the costs of using hotels for permanent supportive housing, or PSH, versus other solutions. According to Pecan Hill and Anderson Mills activists' research, the costs are both monetary and in higher crime.

In contrast, the housing project Community First! has fewer police calls. Most disturbances are handled among the residents of the tiny house community, and their chosen mediators. On the Mobile Loaves and Fishes website they state, "According to the Travis County Sheriff’s office, Community First! Village had fewer calls in 2019 than many apartment complexes of similar size. We are hopeful that our model and vigilance can be transferred to our surrounding neighbors so that they, too, can experience the safety and refuge that our residents enjoy at Community First! Village."

The neighborhoods also claim that permanent supportive housing in hotels costs four times per person as the cost of housing in Community First! Their research, garnered through Open Records searches, does seem to support their concerns, both for the current residents of Anderson Mills and Pecan Park and for the people who could be housed at Candleridge hotel. They are hoping the Austin City Council looks closely at what they've presented, and continues to search for the most viable options to house the homeless.