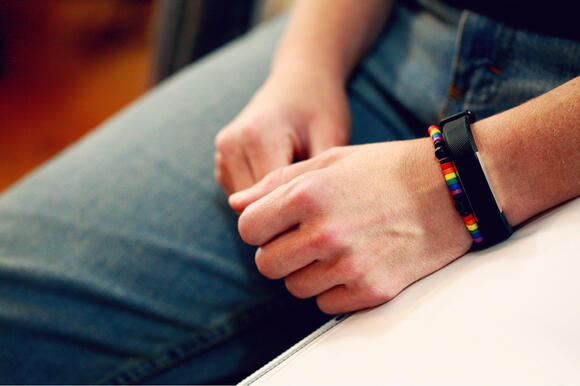 Photo by Shane Orpf on Unsplash

The Eanes Independent School District Administration's response to the reading of a transgender positive book to a fourth grade class and a third grade class drew criticism from parents on both sides of the issue.

The book, "Call Me Max," is about a transboy starting school and hoping to make friends. It was written as a picture book for readers ages 7 to 9 years of age. A fourth grade teacher in the Eanes district read it to her class as part of a diversity program. A third grade teacher also read it to her class. Third graders are usually 8 to 9 years old. Fourth graders are typically 9 to 10 years old.

While parents can opt out of the current diversity program, it's not clear if the book was part of that program. That's an issue all it's own.

Chief Learning Officer, Susan Fambrough, brought the reading of the book to the attention of parents with a letter. She stated, "We do not teach gender identity in our school district."

After the letter was received, some parents complained to the district and the board. A virtual board meeting was held March 9,2021 to talk about parents' concerns and address the issue. Initially, Superintendent Tom Leonard responded to complaints by apologizing that the story had been read in classrooms.

Complaints ranged from outraged to pointed. Parent Will Franklin wrote, "Can we just maybe tap the breaks a bit on the sudden radicalization of the curriculum? Can we maybe not promote partisan causes and ideologically extreme concepts as if they're unquestionably positive values with a broad buy-in from the community."

Emil Sayegh called the book, "sensitive material," saying it was inappropriate to discuss in public school.

After the apology, parents supportive of the teachers and the reading of the book formed a petition to support the teachers and the teaching of diversity. Part of the petition reads, "Transgender kids have the right to exist and be seen in our schools. We recognize that the teacher who read Call Me Max was teaching her students to acquire and apply the knowledge and skills that are necessary in managing emotions, achieving goals, showing empathy for others, maintaining positive relationships, and making responsible decisions. She was creating an identity safe, brave space in her classroom. One where all students are seen, heard and valued." The petitiion garnered over 1,100 signatures in 24 hours.

The support by parents of the book and the teachers is of note because this is in Texas. Yes, Austin, Texas is a liberal stronghold in an otherwise conservative state. However, as it continues to grow, there are conservative pockets within the city. It would seem from the initial reactions that the Eanes area is one of them. However, the progressive take by other parents indicates that this school district isn't homogenious. Nor is it entirely homophobic or transphobic.

The topic may seem sensitive, controversial, and ideologically extreme by some residents, but others see the need to educate children about differences. More than that, the book emphasizes kindness, caring and friendliness, values all parents want to instill in their children.

Eanes school district trustee Jennifer Chanpange states it clearly, "I think what was missed in so much of the animosity back and forth is we're talking about kids, and unlitmately we're here to support kids and every single kid in this district. That's our priority."