A calico cat called Patches was believed to have been killed during a mudslide in Montecito, California on January 9, 2018. Heavy rain on hills where wildfires had taken place caused mudslides that killed 23 people. It was assumed that Patches had passed away along with her owner Josie who was, tragically, a victim of the mudslides, ASAP Animal Shelter and Assistance Program. 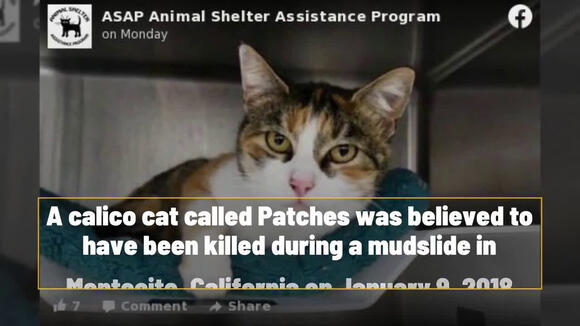