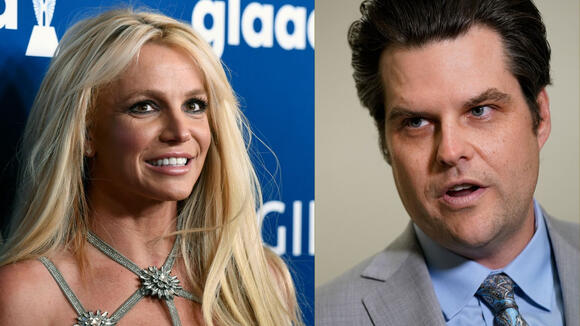 ‘We stand with you’: Rep. Gaetz invites Britney Spears to address Congress amid conservatorship battleshuttershock

Supporters of the #FreeBritney movement can count a U.S. Congressman from Florida among their ranks after Britney Spears’ latest request for freedom from her conservatorship was rejected in court.

Gaetz, who started voicing support for Spears on Twitter earlier this year, once again threw his support behind the pop star’s effort to gain her independence.

The Florida Republican issued a letter inviting Spears to speak before the U.S. Congress about her battle over her conservatorship.

“You have been mistreated by America’s legal system. We want to help,” the letter reads in part. “The United States Congress should hear your story and be inspired to bipartisan action. What happened to you should never happen to any other American. Congress can make things better and you can inform our policy decisions. If you will speak to Congress, we are ready to listen.”

On his official House website, Gaetz references a recent New York Times documentary on the conservatorship, citing it as one of the reasons he believes Spears should come to Congress and lend her insight into the alleged abuses Americans subject to similar conservatorships face.

Rep. Andy Biggs, of Arizona; Rep. Marjorie Taylor Greene; of Georgia, and Rep. Burgess Owens, of Utah, all co-signed the letter, asking Spears to come before Congress and share her story on the alleged abuse at the center of her conservatorship.

The conservatorship for Spears was put in place in 2008. The company that had managed the star’s estate, Bessemer Trust, withdrew from co-conservatorship earlier on Thursday.