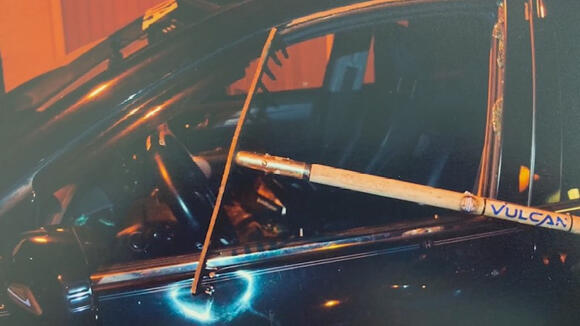 A man accused of assaulting a Missouri McDonald’s manager with a rake, causing him to lose an eye, has been found guilty and faces up to 30 years in prison.

St. Louis County Circuit Judge Nellie Ribaudo found Kendell Cooks, 38, guilty of smashing the victim’s car window with a rake and then beating him with it.

“A weapon was used, a rake,” said Sam Alton, of the St. Louis County prosecutor’s office. “The victim was in his car. Mr. Cooks used the rake to assault the victim. In the process, the victim lost his eye. It was a very dangerous crime, a life-threatening crime.”

In her verdict, the judge noted the victim “removed his prosthetic eye to show the court” during the June 14 bench trial, demonstrating the severity of his injuries.

The attack happened in January 2019. The manager was sitting in his vehicle near the trash dumpster during a work break, according to court documents.

He had earlier fired Cooks’ daughter for using inappropriate language in front of customers and not wearing proper work attire. Cooks claimed the manager shoved his daughter out the restaurant door, fueling his rage when he went to the McDonald’s about 90 minutes later and grabbed the rake from near the dumpster.

However, video from the restaurant shows the manager stumbled, and there may have been a slight, inadvertent bump, but no one shoved anyone, according to the judge.

Evidence photos show blood and broken glass inside the victim’s vehicle. Cooks swung the rake with enough force to puncture the victim’s door.

The defense argued Cooks had “adequate cause” and that the victim was intoxicated while at work, but the judge found him guilty of assault in the first degree, armed criminal action, and misdemeanor property damage.

Cooks, who shook his head after the judge read the verdict, faces a potential prison term of 30 years when he’s sentenced next month.