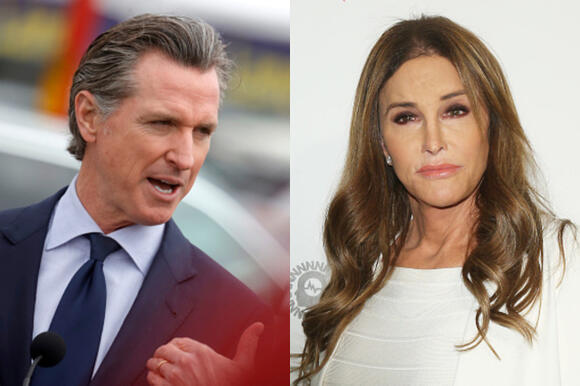 In an exclusive interview with inside California Politics' Frank Buckley.Jenner said she intends to embark on a three-week bus tour of the entire state.

“I’m gonna go over to every small little town, every day, a different town, we’re gonna go all the way through it – meet the people, talk, rally, and do it that way,” she said.

Jenner said she will start the tour when she returns from an overseas trip Aug. 9, giving a projected date to start “probably the 11th or the 12th, somewhere in there.”

Further details were not immediately available.

Last month, Jenner elicited angry reaction from some members of the LGBTQ community when she made a comment during a one-on-one interview, host Sean Hannity discussing her place as a transgender role model.

During the Hannity interview, Jenner lamented the high suicide rate within the community and added, “For me to be a role model for them, to be out there. I am running for governor of the state of California, who would ever thunk that? We’ve never even had a woman governor.”

But Hannity queried back: “But some are mad at you.”

Jenner shook her head and stumbled over her initial response. “I move on,” Jenner said.

Prior to that incident, Jenner witnessed an outcry from many in the transgender community after she told TMZ that she opposes transgender girls competing in girls’ sports at school, calling it “a question of fairness.”

She hinted she would have more to say on the issue.

“I just said biological boys in sports. There’s more to it than that, and I think in the future I will explain more of that,” she added.

During the interview, which took place at Jenner’s private airplane hangar near Malibu, California, she also endorsed the border wall that was a signature project for former President Donald Trump.

And she also acknowledged the obvious: As someone coming from outside government, she’ll need advice from a brain trust of policy experts. In a Jenner administration, she said she would “surround myself with some of the smartest people out there.”

“I am an outsider,” Jenner said. “I understand that.”

The 71-year-old Jenner — who won the men’s Olympic decathlon in 1976 and decades later became a reality TV star and transgender woman — announced her candidacy back in June in a written statement on Twitter. Since then, her campaign has been slow to unfold.

Jenner made headlines in recent years with her ties to Trump, who lost to Joe Biden in the state by over 5 million votes.

Jenner supported Trump in 2016 but later criticized his administration’s reversal of a directive on transgender access to public school bathrooms.

She also split with Trump after he said transgender people would not be allowed to serve in the U.S. military.

Last week, California’s Secretary of State announced it had reached the threshold of signatures required to trigger a recall election.

The recall against Newsom, a first-term Democrat seen as a possible White House hopeful someday, will be among the highest-profile political races in the country this year. He launched a campaign to fight the effort in March alongside endorsements from Democrats including U.S. Sens. Elizabeth Warren and Bernie Sanders.

If Newsom survives the recall he will be up for reelection in 2022.