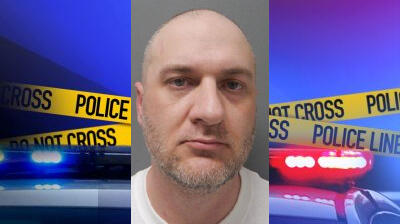 A Louisiana man said divine guidance directed him to go to an Ouachita Parish prison to try to get his family out, authorities said.

Shortly after midnight on Saturday, a deputy with the Ouachita Parish Sheriff’s Office responded to a complaint at the front gate of the Ouachita Correctional Center.

Read More:-Massive fire breaks out at warehouse near Downtown Fresno

According to an arrest report, deputies were pointed towards a car in the parking lot that belonged to 35-year-old Bobby Koch. When they approached Koch, he allegedly got out of the car and said, “God told me to come here.”

When officers asked Koch if he was intoxicated, he replied that he had gotten high on methamphetamine before arriving. He then reportedly said that God told him to go and get his family out of the prison.

After handcuffing Koch, officers searched his vehicle and found a backpack with a suspected bag of meth, which he said he owned, authorities said.

Koch was then escorted inside OCC and booked on one count of drug possession.