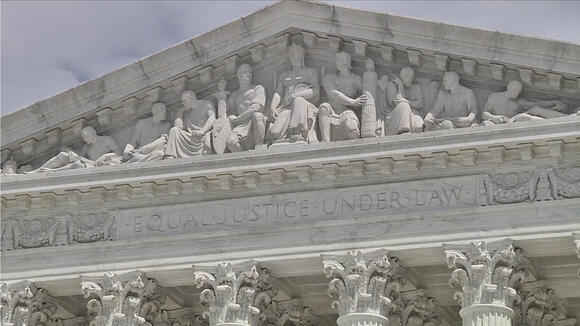 The U.S. Supreme Court has ruled union organizers in California may no longer set foot on private agricultural businesses attempting to organize workers.

The Supremer Court ruled 6-3 in favor of agricultural businesses.

Among those businesses, Fowler Packing and Cedar Point Nursery Company, leading the case that started in 2015.

The businesses say organizers can now reach workers outside of the workplace through a smartphone, the web or radio.

Attorney Ian Weiland who represents the businesses says this will create a level playing field for the agriculture industry.

“The same ground rules that apply to any employer-union relations settings are going to apply to California agricultural employers just like they do for everyone else, so I think it will be a more fair traditional set of ground rules moving forward,” Weiland says.

The current regulation regarding unions has been in place since 1975 after the efforts of labor leader Cesar Chavez.

“I think it’s unfortunate that the employers do see that workers are actually helping them become wealthy, and to see them as partners and not as enemies, and continue to suppress workers, continue to deny them the rights to organize.”

Huerta says unions will likely have to return to organizing efforts such as going door-to-door and meeting workers where they live.

U.S. Senator Alex Padilla said in a statement regarding the ruling, “Ignoring decades of precedent and defying common sense, the supreme court gutted a California law protecting the right of union representatives to meet with farmworkers where they work.”

“The court’s reasoning threatens the ability of state and federal governments to adopt necessary regulations that protect workers and prevent discrimination.”