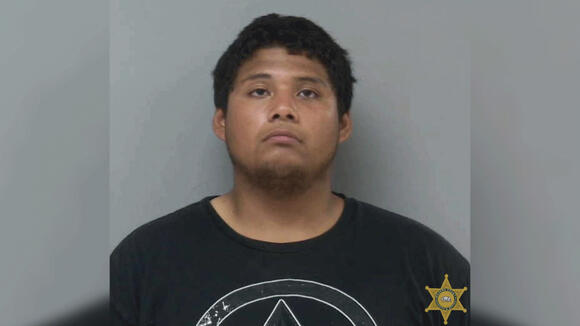 A man has been ordered to serve two life sentences in prison without the possibility of parole, in addition to a prior conviction, according to the Madera County Sheriff’s Office.

Officials say earlier this week a judge ordered Carlos Bolanos to serve two life sentences in addition to his prior sentence of 54 years and four months after he was convicted for multiple sex crimes earlier this year.

Detectives with the Madera County Sheriff’s Office investigated this case following the rape of a female child in the spring of 2019.

Deputies say Bolanos used a fake Facebook profile to contact a teenage girl and then raped her several times in a van, the Madera County Sheriff’s Office said Wednesday.On April 2, a man driving a dark-colored, possibly grey late 1990s or early 2000s model Chevy Astro style van picked up a teenage girl in the city of Madera, the Sheriff’s Office said.The suspect then drove the girl to a rural area of the county after telling the victim she would be paid to sell fruit at a corner fruit stand.

Once in the area, the suspect told the girl that he had a gun and forced her to undress, after threatening to kill her and her family, the Sheriff’s Office said. faked his identity on Facebook, lured the child out to meet him under his false identity and then kidnapped and raped her at multiple places in Madera County in April of 2019.

Detectives were able to take Bolanos into custody after he admitted to the crime and deputies say they are, “very pleased with the outcome of this case,” according to Sheriff Tyson Pogue.