News for people with busy lives.

Your Brain Ages Faster Due To High Blood Pressure 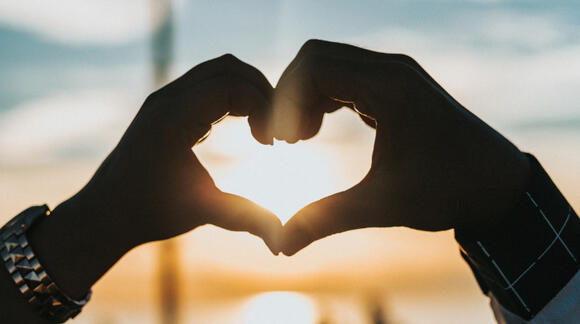 Photo by Tyler Nix on Unsplash

According to researchers, after 40, your brain starts to shrink in size by at least 5% every ten years. Your brain can age faster than your body, and it experiences a quicker decline in people over 70. "We found a significant age-associated decrease in global and regional brain volumes."

Your lifestyle choices also have a tremendous impact on your brain. How? Food, stress, and inactivity can increase your blood pressure. Studies show that high blood pressure increases your risk of premature brain aging.

The Impact of High Blood Pressure on Your Brain.

In a 12-year study, researchers looked at brain scans and blood pressure measurements. The study participants were between the ages of 44 to 76 from different backgrounds. The evidence collected proved high blood pressure worsens your brain health.

The study also estimates for every 10 mmHg rise above a normal blood pressure, your brain ages by 51 days.

In another study, results showed a range in cognitive decline in older people. This disparity was because each person had different blood pressure levels.

Thus, if you often experience hypertension, you could have impaired cognitive function later. And be at higher risk for schizophrenia, Alzheimer's disease, and dementia.

What is an Optimal Blood Pressure?

The WHO reports that high blood pressure accounts for one new case of dementia every 4 seconds.


How to Maintain an Optimal Blood Pressure?

What do you think? Leave a comment with your thoughts. And if you think more people should read this article, share it on social media.

News for people with busy lives.

The Dark Side Of Long Nails

Long nails are trending in recent times, thanks to celebrities and social media. The influence of famous personalities. And the neat look is prompting more consumers to wear fake nails. But biologist warns this new fashion trend has health hazards. (source)

Weather conditions continue to be unstable in most U.S. states as some areas face storms. Over in New Mexico are dry weather and gusty winds. Thus, fire danger continues to be high in that county. Firefighters are already battling a deadly blaze. But the area faces an increased risk for more smoky weather events. (source)

Do you know what fruits and vegetables have the most and least pesticides on their surfaces?. A nonprofit advocacy organization, the Environmental Working Group, did a study. They have released their 2022 annual "Dirty Dozen" and "Clean Fifteen" lists. Data from the Department of Agriculture and Food and Drug Administration help determine the categories. (source)

Future retirees may get more time to gain money that is not taxed when they or their heirs access it. A provision of the federal retirement bill cleared the House of Representatives. It speaks to required minimum distributors or RMDs. RMD is money that must get withdrawn every year from qualified retirement accounts. Qualifying retirement saving accounts include 401(k) plans or individual retirement accounts. The bill proposes the RMD age get raised from 72 to 75. (source)

Drilling To Resume On Federal Land

There was a campaign event in Hudson, New Hampshire, in February 2020. Biden told the crowd, "And by the way — no more drilling on federal lands, period. Period, period, period." (source)

Were you enjoying the special shopping arrangements at your local Costco? Did you like the changes? Well, these measures are coming to an end. Effective April 18, Costco will no longer offer special shopping hours to customers. (source)

Baked Goods Prices On The Rise

The time for Easter traditions is only days away. But whether you buy your treats at the grocery store or local bakery, you could spend more. The expense of production is going up for retailers, and customers will help with the cost.

No Tax On Grocery Shopping

Yes, you know food prices are increasing and that eating at home is getting more expensive. But how does your state administration plan to help you? Are you living in the counties where officials aim to do more to help residents?

Expanding Drought In The West

A different issue is arising in parts of America. Western states are experiencing drought. Farmers of irrigation districts are getting warnings to expect less water this year. But demands for the commodity are growing. (source)

Are you worried about where you will live when you think about your rent or mortgage? The cost of housing has increased in most states. But demand has raised sheltering expenses in coastal cities like California and Miami more. There are plans for affordable housing units. Yet, these projects are in the early planning stages.

Prices are on the rise at most cash registers across the country. Costs are increasing from gas stations and grocery stores to local small businesses. And customers are sharing tips to help others. According to a TikTok video by a Chipotle customer, there is a secret to getting a cheaper vegetarian burrito.

The wealthiest person in the world is a 50-year-old business mogul. He has a total net worth of $259 billion. And through recent share purchases, he owns a 9.2% stake in Twitter Inc. This ownership also makes him the company's biggest shareholder. Now, the CEO and founder of Telsa, Elon Musk, has offered to buy the social media company Twitter.

Food prices have been on the increase for most of the year. Economists predict the costs will keep going up. And grocery stores continue to pass the hikes on to consumers. You can read similar stories here to review the price and availability changes of food:

Warmer months often bring allergy sufferers anxiety as the air fills with pollen. With the climate getting warmer, the allergy season could get longer. New research says hot temperatures could intensify the allergy season. It can lead to Spring flower blooms about 40 days earlier if emissions remain high. In the Fall, weeds and grass could keep blooming 19 days later. (source)

In 2021, AMC Theatres ran 930 movie cinemas worldwide, up from 503 theaters in 2020. This increase was about 85% following the first year of the pandemic. (source) In 2022, AMC Entertainment's theatre numbers will expand. The company secured a deal to gain seven (7) former Bow Tie Cinemas locations with 66 screens. Of the venues, five are in Connecticut, one in upstate New York, and one in Annapolis, Maryland. The new Connecticut theater locations will double the company's presence in that state. (source)

Amazon To Cost More By April 28

Only Electronic Cars In California

Gas prices tend to be higher in California than in most other states. This situation is because of limited access to refineries on the West Coast. But it is expensive to construct such facilities. And other factors make building an oil refinery unfavorable. (source)

Your brain got hardwired to make some automatic choices. These decisions kept humans alive for thousands of years. Save mental energy and allows for quick thinking. Your brain makes predictions about future events, then acts. You only have second thoughts when the expectation of your predictive mind do not occur. (source)

Many states have been under severe storm warnings in recent weeks. The weather events, of late, have also broken historical records. Meteorology research says climate change has supercharged storms. This intensity led to a very active North Atlantic hurricane season in 2020. During this season, rainfall increased by 10% to extreme levels. There was a naming record of 30 Atlantic storms in 2020. Authorities had to resort to a backup list for the second time in history. (source)