Rebuilding a Community through Investment and Jobs 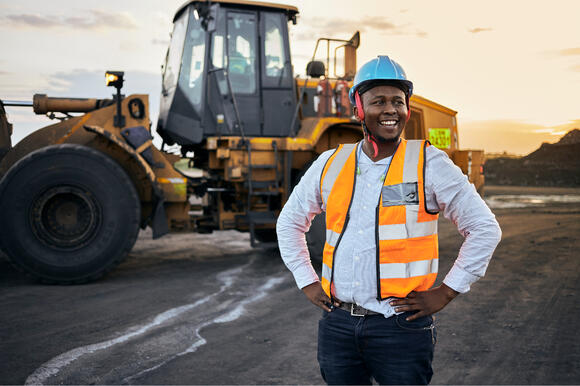 Everyone knows that when a company decides to establish a new facility, it can have a substantial impact on their chosen community. But, what if that notion was used as a force for good? What would happen if a company specifically chose a location where they could create the best possible local impact? That interesting idea is happening right here in Indiana today, with the culmination of a new medical device manufacturing facility from Cook Medical and its partners. The entire project was developed with a community-driven focus that could very well bring prosperity to an area with some of the highest unemployment and poverty rates in Indiana.

The new medical device manufacturing facility is commonly referred to as the 38th and Sheridan project, after the location where it sits in Indianapolis. The project is a $15 million, 40,000-square-foot facility that is fully registered by the FDA to produce things like catheters, needles, sheaths, and medical introducers, which are a type of sheath used to place a catheter through the skin into an artery. Construction completed in early 2022 and operations began shortly after.

Cook Medical invested $7 million as a loan for the facility. The Indianapolis Foundation invested $4 million through IMPACT Central Indiana. And $4 million will be contributed through new market tax credits.

Instead of simply picking a location and setting up a new plant, Cook Medical took a very proactive approach to community revitalization. The company decided it was going provide over 100 jobs in an area with high rates of unemployment, poverty, and other systemic issues. Facing these challenges meant a lot more than just hiring local people. These new employees would need training, education, and support. So, to help meet these goals, Cook Medical partnered with Goodwill of Central & Southern Indiana, The Indianapolis Foundation, and United Northeast Community Development Corporation.

Together, these partners have formed a framework that will enable the company’s new workers to succeed and ultimately regain a sense of ownership of their community.

“Companies can do good business and do good in the community at the same time,” said Pete Yonkman, president of Cook Medical and Cook Group. “The challenges of generational poverty, substance use disorder, and barriers to education confront countless communities across Indiana. If owners and leaders of companies in Indiana join us in bringing jobs and opportunity back, we believe it’s possible to rebuild the middle class in our state.”

The 100 new employees will be making products for Cook Medical as employees of Goodwill Commercial Services, which will be the entity that operates the new facility. These are going to be high-skill manufacturing jobs intended to enable long-term employment and career development. Quite an array of additional services will be offered to guide these employees along their career paths, including physical and mental health access, support for substance use disorders, training in soft skills, housing stabilization, and more. Workers will also have access to free education that includes graduation levels up to a master’s degree and other professional certifications.

“Equity begins with intention. With the construction of this facility, we are making a statement that everyone deserves an opportunity to succeed—regardless of skin color. This is an investment so that our community can become more self-sufficient and begin to thrive,” said Ashley Gurvitz, COO and executive director of United Northeast Community Development Corporation.

Beyond the people they intend to hire, the project’s partners made other major commitments to economic revitalization by contracting 100% local minority-owned construction companies. The project team included a mix of union and nonunion firms, but all of them were Minority Business Enterprises (MBE) or XBEs (any combination of Women-, Veteran-, Disability-, and Minority-owned Business Enterprises) as certified by either Indiana or Indianapolis.

To help facilitate outreach efforts to all these different types of minority construction firms, Cook Medical partnered with The Darden Group, LLC, which itself is a W/MBE and a DBE. The Darden Group assisted with finding the contractors for the project.

Harmon Construction, Inc. was selected to serve as general contractor. The company is a third-generation family-owned construction firm.

“Harmon Construction is honored to be the leader of this minority constructed project. Our team looks forward to providing Cook with a positive construction experience, building not only a facility but a long-term relationship. Harmon, alongside Cook, is committed to African American businesses and workforce that we know will shine on the 38th street project,” said Bill Harmon, president of Harmon Construction.

The new building is also going to be serving local businesses in unique ways. The owner of the facility will be Prosper Devington Building Corporation, which is a recently formed 501(c)(2) title holding corporation.

“After paying its applicable expenses, including debt service, Prosper will distribute its remaining cash to a subsidiary of The Indianapolis Foundation. Beginning in 2022, it is projected that $100,000 will be available annually for six years to reinvest in the community,” read an economic impact study about the project from Indiana University’s Public Policy Institute.

Officials from Cook Medical said that excess proceeds from the facility will be used for community development like providing small business loans, sponsoring community clean-up projects, and more activities.

Indiana University’s study also looked at the immediate and future economic impact of the 38th and Sheridan project and reflected solid gains for the community. Researchers expect there will be:

A Model for Others

As the 38th and Sheridan project hits its stride and begins to grow, it could easily become a model for others throughout the country. Now, others will have an answer to the question of what would happen when a company decides to use a new facility as a force for real change.

Cook Medical could have built its new location anywhere, but instead they chose something different. And they didn’t go it alone, instead bringing on quite a roster of other firms that could assist in the right ways. This type of concerted effort has the potential to spur significant economic development in historically disinvested areas and will definitely stand out as an interesting example to witness.

Construction Partners for the Cook Medical 38th and Sheridan Project

Valparaiso, IN14 days ago

Linda C. Brooks, President and CEO of the Valparaiso based non-profit, BCH, Inc. celebrated 40 years with the organization in 2022. In the last 4 decades, Linda has helped thousands of children and families both locally and internationally.

The University of Chicago Medicine has recently partnered with the Northwest Indiana Influential Women Association (NWIIWA) as an Elite Partner, solidifying and aligning the two organization’s goals to advance the achievements of women across multiple industries.

The Evangelical Council for Financial Accountability (ECFA) announced the accreditation of BCH, Inc. of Valparaiso, IN. ECFA accreditation is based on the ECFA Seven Standards of Responsible Stewardship™ including financial accountability, transparency, sound board governance, and ethical fundraising.

Coming up on November 4th, a panel of regional business and economic experts will be presenting their forecast for 2023 at the NWIBRT Business & Economic Outlook. Attendees can learn firsthand what business leaders are expecting for 2023. This is a totally free event hosted by the Northwest Indiana Business RoundTable (NWIBRT) and the Construction Advancement Foundation (CAF).

Northwest Indiana-based CLH, CPAs & Consultants is pleased to announce that one of its senior accountants has been selected to participate in the Indiana CPA Society’s Young Pros Leadership Academy (YPLA). Alexia Perez, Senior Accountant, will be serving a two-year term.

Local businessman Mike Leep of the Gurley Leep Automotive Family will be receiving the second-annual St. Joseph County Good Scout Award from the Boy Scouts of America LaSalle Council next week. The award will be presented during a special luncheon on October 10th at Morris Inn, on the campus of the University of Notre Dame.

In an era when human interaction has been more online than ever, hundreds of teens throughout Northern Indiana and Southern Michigan are finding new ways to build camaraderie and confidence through Scouting programs. The Boy Scouts of America LaSalle Council is reporting that youths aged 11 through 17 are showing signs of outpacing their non-Scout peers during some of the most formative years of their lives.

Valparaiso-based Baptist Children’s Home (BCH) is pleased to announce it has hired D. Darius Smith to help expand the organization’s Hearts of Compassion initiative in Liberia. Smith is a Liberian citizen with a unique professional background in aviation, human resources, and data management.

Becoming a Scout is one of the surest pathways for a young female to grow into an empowered woman. Lately, Scouting enrollment among girls has been growing throughout Northern Indiana and Southern Michigan, creating a whole new generation of future leaders.

Right now, hundreds of future leaders are beginning their pathways to achievement by becoming Scouts. Fall enrollment has already begun strong throughout the territory of the BSA LaSalle Council, where boys and girls aged 5 through 17 are met with opportunities to learn, grow, have fun, and experience all kinds of unique activities. These moments will be the initial character-building steps that will create the next generation of upstanding citizens and influential people.

The Monticello Methodist Women’s Group is going to be hosting a pork chop dinner fundraiser on Friday, September 30th to benefit both the White County Food Pantry and the Monticello United Methodist Church Online Campus.

Arts and Crafts Market of Monticello is Taking Vendor Applications

Vendor applications and booth reservations are now being accepted for the upcoming Arts and Crafts Market of Monticello. The event will be hosted by the Monticello Methodist Women’s Group and will feature specialty crafts, unique gifts, and lots of locally made items.

With scouting enrollment currently ramping up throughout more than 150 northern Indiana schools, thousands of young Hoosiers will soon gain access to unique and fun activities that will later become highly formative experiences for their futures. For both boys and girls, participating in scouting can lead to some of the most defining moments of their young lives. It’s where they’ll make new friendships, create fond memories with their peers, learn new skills, and most importantly learn new things about themselves.

Denise Kavanagh, a staff accountant with Northwest Indiana-based CLH, CPAs & Consultants, was recently accepted into the Valparaiso Chamber’s Leadership Academy. Kavanagh’s addition to this program complements CLH’s values in several excellent ways. The company is firmly committed to community support and the development of the next generation of accounting industry leaders. Kavanagh’s experiences with the Leadership Academy will align well with these goals.

CLH, CPAs & Consultants is excited to announce the opening of a new office location in La Porte, Indiana. The accounting and business consulting firm is celebrating its 30th anniversary this year, and the new location marks the company’s third office in Northwest Indiana, along with Valparaiso and Michigan City.

Longstanding Lowell, IN restaurant Loven Oven Pizzeria was recently acquired by John Butor, a lifelong resident of the town and former director of operations for nursing home facilities, and his fiancé Lea Glines, also a lifelong resident and a former manager of corporate retail operations. The business is excited to announce a renewed commitment to the community that has enabled its decades of success.

Three team members recently received promotions to new roles at CLH, CPAs & Consultants. This comes as the company, a region-based accounting and business consulting firm, celebrates its 30th anniversary in business and looks forward to the opening of a new third location in La Porte, IN, this summer.

Cybersecurity Shields Up - Protection Through Preparation

The warnings about cybersecurity issued this spring were pretty clear. We’re not in a “boy who cried wolf” situation. It’s more like the wolf is right outside the door sniffing around for a way inside. Companies have to get themselves ready for cyberattacks now.