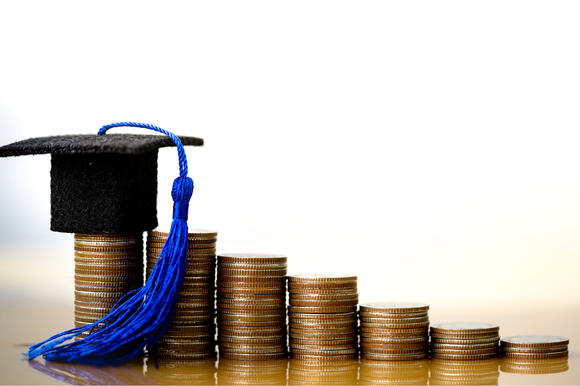 Colleges in Lake County, IN are well known for creating big opportunities that go far beyond the positive outcomes of their students. They are major economic drivers that support thousands of regional jobs and help attract investment from all kinds of unique entities.

Data released in three separate economic impact studies provides insights into the wide-reaching effects that three of Lake County’s academic institutions create each year. Each of the studies were conducted by Emsi, a labor market and economic analytics firm.

Altogether, the data shows these three schools are very good for business in the Northwest Indiana (NWI) region, producing a combined economic impact greater than $1.13 billion.

Purdue University Northwest (PNW) adds $745.9 million in total income to NWI, supporting 10,494 jobs across Lake, Porter, and La Porte counties, according to Emsi’s economic impact study. This adds up to about 2% of the gross regional product (GRP).

The activities of PNW and its students support one out of every 36 jobs in NWI. This includes the accomplishments of students and alumni, research conducted, start-ups launched, and visitors welcomed as a result of PNW’s activities.

If one were to expand the radius of this study across Indiana’s borders to also include Cook and Will counties in Illinois and Berrien County in Michigan, the impact gets even bigger. With those areas included, the university adds $1.4 billion in total income and supports 14,876 jobs.

Other facts on IUN’s impact:

The study found that students invested $502.8 million in time and money that will generate a cumulative return of $2.2 billion in higher future earnings over their working careers. In fact, students will see an average annual return on investment of about 18.3%, which is much higher than many other traditional forms of investment.

Among the academic institutions in Lake County, economic positives grow across multiple layers. On the surface, the education that graduates bring with them into their future careers helps our economy remain competitive and growing. But going deeper than that, there’s so much more activity that colleges generate. Wages, investments, research advancements, and countless other innovations amount to pure business opportunity for Northwest Indiana and beyond.

Merrillville, IN7 days ago

60+ Companies Honored for Outstanding Performance in Safety and Construction

Linda K. Hough, CPA, retired, is celebrating the conclusion of a remarkable career with CLH, CPAs & Consultants, an accounting and business consulting firm with offices across northern Indiana. Hough’s retirement coincides with the firm’s commemoration of its own 30th anniversary.

Following a recent awareness survey about mental health topics in the construction industry, officials from the Northwest Indiana Business RoundTable (NWIBRT) are organizing a nationally accredited seminar to educate employers about mental health first aid. This will teach employers steps to identify, understand, and respond to signs of mental health and substance use challenges among adults.

CROWIN POINT, IN -- Can you sing the national anthem? Play it on an instrument? Have a band? The Lake County Corn Dogs want you on the field with them this summer. All types of talent are encouraged to audition, including individual singers, choirs, musical artists and military ensembles.

The Northwest Indiana Influential Women Association (NWIIWA) is pleased to invite regional professionals to a special luncheon and presentation on April 21st at ArcelorMittal’s Research and Development Global Headquarters. Noted Chicago business leader and published author Vicki Znavor will be presenting about authenticity and the path to owning one’s life story.

Hoosier Firms are Well Into the EV Game

Indiana is very good at making things move. We’re one of the top states in the nation when it comes to automobiles, ranking 6th out of all U.S. states for car exports in 2020 based on data from CoPilot, an online auto sales website. Today, manufacturers in our state are working to make sure we stay that way with the next generation of vehicles coming to market. Hoosier firms want to be number one in the electric vehicle (EV) game, and they’re already charging ahead.

Seed Funding is Sprouting Up All Kinds of New Companies

Dollars from venture capital and other investment firms have been tilling a lot of soil in Indiana lately. Seed funding rounds have come to an assortment of unique startup companies, several of which are pioneering totally new concepts. It’s clear that savvy investors see a great deal of potential in Hoosier entrepreneurs and are willing to bank on their success.

WestGate Academy at WestGate@Crane Technology ParkWestGate@Crane Technology Park. Indiana’s business parks have been an exceptionally hot market over the past several months with multimillion dollar investments and huge numbers of new jobs. Every corner of the state has seen major announcements happening in their parks. Indianapolis in particular has been “seeing record-level absorption numbers, leading to historical vacancy lows,” according to JLL’s reporting on the industrial sector, and the trend shows no signs of slowing.

Are Two Tiers a Bad Thing?

Two-tier compensation has been a traditional payroll structure in many different types of industries going back decades, but it has come under quite a bit of scrutiny among workers in the current labor climate. Building Indiana was curious about all the attention the topic has been getting, so we took a dive into what it is and why some folks either love it or hate it.

Lightning-fast internet is coming to many areas of Indiana backed by an assortment of multimillion-dollar investments. Many of these projects are going to be connecting underserved areas of the state to some of the fastest internet speeds available – more than doubling the download/upload speeds of cable with no performance loss during peak hours. This is going to be a huge asset for business.

This is a concept image of what OE’s accessible treehouse may look like. Final concept and designer TBD.Nelson Treehouse and Supply. Respite is a beautiful word even in the most general of uses. But when it’s applied to describe relief for caregivers, it can become a truly life-changing moment for everyone involved. Being a caregiver is incredibly difficult, often requiring great sacrifices and personal strain. In these situations, respite is a precious commodity that has a direct impact on health outcomes. That’s what makes the upcoming Lakeside Respite Center from Opportunity Enterprises (OE) so important.

401(k)s Vs. Pensions - Insights from Experts

What type of retirement savings option does your company offer to your employees? Every industry has its preferred types, but bid you know that large differences exist between some of the most common offerings? At first, it may seem like there is parity between some of the most common ones, like a 401(k) or a pension plan. Most folks might assume the two are on par in the long run. But recent data suggests that if we fast forward to our employees’ post-retirement years, there might be a large financial gap among the outcomes.

As we shake off the last frosty grasps of winter and finally make our way into spring, we should be looking at new and fun ways to boost employee health during the workday. There’s a lot of great reasons to consider getting a little healthier, and companies have a lot to gain when they do.

Cobots are Providing an Edge for Hoosier Workers

If a company could provide its employees with a third arm, what kinds of things would they be able to achieve? That might sound like a hypothetical question from a science fiction plot, but lots of businesses have been looking into the possibility lately to combat labor shortages. Numerous operations throughout the state have been piloting technology designed to provide workers with an extra edge. These cobots, as they’re called, have been helping workers get more things done.

Creating a New Pipeline for CPAs

Indiana has a rather strong need for more accounting professionals. In fact, the state’s INDemand Jobs website ranks the demand for accountants as a 5 out of 5 flames – denoting how hot the job market for their skills has become. Companies have been working hard to find and keep the professionals they need, and all signs indicate their struggle may only grow with time. That’s why accounting experts in Indiana have been strategizing on new ways to develop a pipeline for more people who are skilled in the art of numbers.

Creating a more inclusive environment for employees and customers is a big goal for many companies across Indiana, but it’s not always a clear and easy process. Sometimes it can seem like a daunting endeavor, particularly for workplace cultures that haven’t changed much over time. Flexibility and constant learning will be key to improving inclusivity, and there are several handy pointers to know as you begin.

NIPSCO Has Lots of Renewable Projects on Deck

Renewable projects are happening all over northern Indiana right now as one of the state’s largest utility companies flips the switch from coal to sustainable sources of energy. The Northern Indiana Public Service Company (NIPSCO) has many different wind and solar construction projects in the works that are expected to ultimately lower the costs for customers.

Crown Point, IN – The Lake County Corn Dogs baseball franchise is pleased to announce and welcome members of the community to its inaugural Easter Egg Hunt. The event is free and will be taking place on April 9th from 11am to 12pm at Legacy Field (851 Center Ross Road in Crown Point, IN).