Severe Weather is Forecasted for the Entire United States 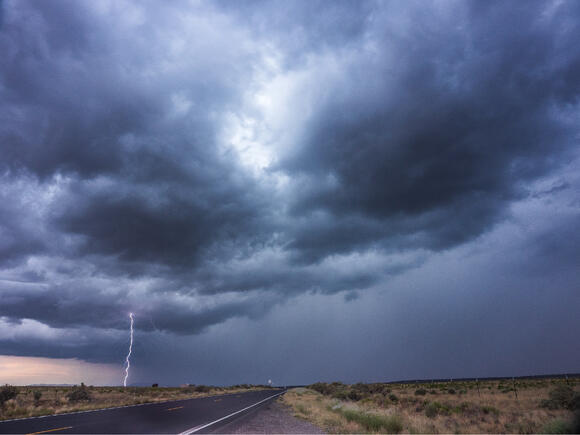 Weather with High Impact is forecasted for the central United States today.

In the Central Plains, a growing area of low pressure will travel northeastward, reaching the Upper Great Lakes by late Wednesday night and then moving into Central Ontario by Thursday.

The system is expected to produce a wide range of meteorological conditions and accompanying dangers.

First and foremost, the storm will have snow from the Northern Rockies to sections of the Southwest, which will then move onto the Northern and Central Plains by Wednesday afternoon.

A band of light snow will form over sections of Northern New England as rain from the Great Lakes moves into the Northeast.

Later, as warm air flows into the region late Wednesday, cold air will become trapped in the valleys, resulting in areas of freezing rain over sections of Northern New England through Thursday evening, according to the National Weather Service.

Separate pockets of freezing rain will form over sections of the Upper Midwest along and below the precipitation-snow line beginning Wednesday afternoon and lasting until late in the evening.

Therefore, the SPC has issued a Moderate Risk of Severe thunderstorms across sections of the Upper and middle Mississippi Valley through Thursday morning.

The dangers linked with these thunderstorms include frequent lightning, intense thunderstorm wind gusts, hail, and a few tornadoes, among other things.

There is a ten percent or greater chance of wind gusts of 65 knots or more significant over the region today—the thunderstorms will\swind down over the Upper Midwest and transition over to snow by Thursday.

Extreme wind warnings are in effect from the Central and Southern High Plains to the Great Lakes, with storm warnings issued for Lake Michigan's area.

So the Weather Prediction Center has issued a Marginal Risk of heavy rainfall for portions of the Ohio, Tennessee, and Lower Mississippi valleys on Thursday night through Friday morning.

Localized flash floods will result from the heavy rain that will accompany it, hitting places that experience quick runoff when it rains heavily.

A front will move onshore over the Northwest later this week, moving southward along the West Coast and dissipating by Thursday evening, as the associated upper-level energy travels inland to the Rockies by the following day.

It is expected to generate coastal rain and higher elevation snow across the Pacific Northwest and Northern California due to this system. Overnight Wednesday, the rain and snow will spread into Central California and the Great Basin.

On Thursday, the rain will begin to fall in some areas of Southern California. Forecasters say that the rain and snow will start to taper off overnight Thursday in the Pacific Northwest and California.

Meanwhile, snow will begin to fall in sections of the Northern/Central Rockies and the Northern High Plains by Friday morning, with most of the snow falling in the Northern Rockies.

The Supreme Court of the United States has denied a plea by former President Donald Trump to prevent the release of White House papers to a parliamentary committee investigating the January 6th case.

Through tonight, a coastal low-pressure system will move off the mid-Atlantic coast. After that, a cold front will move across the area on Friday. The return of high pressure will bring the area back into the spotlight from the northwest on Friday night and into Saturday morning.

Today's rain and snow will be brought by an upper trough, however, the showers will become more scattered by the evening. High pressure will develop over the area tonight, and our weather will remain mostly dry and moderate through the weekend and into the week.

Today, a system will move over Oregon, bringing the possibility of light rain and snow to southern Washington and the southern Idaho Panhandle, among other places. During the early hours, light freezing rain is also likely in several areas of central Washington.

River Flooding to Continue in Seattle Area due to Rainfall; Light Showers in the North

With the departure of an upper trough from the region tonight, precipitation will come to an end over the region. The flooding of the rivers will continue today. While an upper-level ridge will develop late tonight, it will weaken throughout the weekend, enabling a weak system to brush across most of the country's northernmost region.

Weather conditions will be calm for the most part over the Lower 48 today, with just scattered showers and thunderstorms in parts of the Pacific Northwest, Great Lakes, and northern New England.

Increasing Temperatures and Dry Weather are Forecast for Arizona; Gusty Northeastern Winds Expected for the Weekend

Until Thursday, dry weather and increasing temperatures are forecast in the area. On Friday and Saturday, gusty northeast winds will develop, bringing colder temperatures on Saturday.

Weather conditions in the Pacific Northwest will remain moist for the next few days, as the region continues to be flooded. It is projected that more rounds of heavy precipitation will continue to fall throughout western Washington until the early afternoon.

Despite the fact that a weak upper-level low will continue to track eastward across southern New Mexico this morning, it will be out of the state by lunchtime. Any lower clouds linked with the low-pressure system should also dissipate. The Central Mountain Chain and the East Central Plains may get southwest to northwest winds this afternoon, with the possibility of thunderstorms.