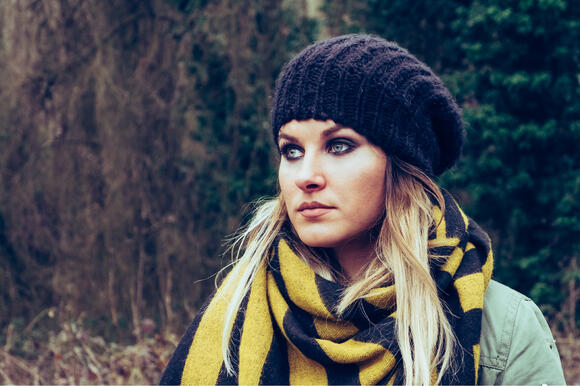 As the morning hours begin, the cold front has passed into east-central Georgia, with a few lingering isolated showers continuing ahead of the frontal boundary as the day progresses.

The front is predicted to move through south Georgia and then out of the forecast region by daylight on Wednesday. As a result of the front, northwesterly winds are beginning to flow into the area, clearing the sky and bringing in a colder and drier air mass.

Low temperatures are predicted to dip into the 30s and low 40s in north Georgia (with possible upper 20s in the higher altitudes of far northeast Georgia), and mid-40s to low 50s in central Georgia, where colder air will arrive later in the day than in north Georgia.

In contrast to the last few days, afternoon highs today will be more seasonal, ranging from the low to mid-50s in north Georgia to the upper 50s to low 60s in central Georgia, with temperatures running approximately 3-6 degrees below climatological normals.

It is projected that the front will stall over south Georgia while the underlying low-pressure system swiftly advances northward towards eastern Canada.

The front will be almost perfectly aligned with the upper-level flow. Because of a shortwave across the southwesterly flow above, the colder, more seasonal conditions will only last for a brief period before low-level winds change to an easterly direction, allowing for the progressive advection of Atlantic moisture into the predicted region.

Because of the impending arrival of the shortwave above disturbance, cloud cover and scattered light rain showers will increase throughout central Georgia, particularly in the areas closest to the stationary front, starting late this afternoon.

Across the region, there is little to no instability forecast today, and thunderstorms are not expected as a consequence.

The stalled front will slowly drift northward throughout tonight and into Wednesday morning, settling over middle Georgia and enabling many showers and gloomy skies to creep northward.

Thunderstorms are unlikely to occur on Wednesday due to the lack of instability throughout the night and into the next day.

In addition, as it moves through the predicted region, the disturbance will be superimposed over the frontal boundary, increasing low-level air moisture levels.

As a result, it is projected that precipitable water values would range between 1.2 and 1.4 inches by Wednesday morning.

Rainfall totals are expected to range from 0.25 to 0.5 inches to the south of the I-20 corridor, decreasing amounts to the north of the highway corridor. Periods of moderate rain might locally result in more significant quantities, although flooding is not expected to be a problem.

Towards the middle of Wednesday afternoon, the shortwave will pass across Georgia.

The northwesterly flow above will allow for another brief period of colder and drier air to transition into the extended phase.

What do you think? Leave a comment with your opinion, and if you feel this is important, please share this article on social media with your friends and family.

Florida state senators this week offered a rare indication of bipartisan agreement on a plan to redraw the state's congressional district boundaries in a way that appeases both the state's majority Republicans and minority Democrats — as well as the state Supreme Court, which is keeping a close eye on both parties.

The Buffalo Sabres Beat the Philadelphia Flyers on Saturday (6-3)

With a 6-3 win against the Philadelphia Flyers on Saturday, the Buffalo Sabres gave the Flyers their 11th straight defeat. Jeff Skinner scored twice, Tage Thompson scored once, and Peyton Krebs scored once for the Sabres.

The Carolina States Are Hit With a Heavy Winter Storm

On Friday night and early Saturday, a storm brought ice, snow, and freezing rain to the Carolinas and portions of Virginia, making driving dangerous after roughly a quarter of an inch of ice developed on roadways in an area that is not used to this kind of cold weather.

The Bucks Defeat the Bulls in a Tight Game on Friday

By defeating a superior opponent, Giannis Antetokounmpo and the Milwaukee Bucks demonstrated that they have a championship mindset. To overcome Grayson Allen's expulsion, Antetokounmpo finished with 30 points and 12 rebounds to help the Bucks win 94-90 at the United Center on Friday night. Both teams shot below 40 percent from the field overall and had their lowest 3-point percentages of the season in the process.

The Lakers Beat The Magic With LeBron James Scoring 29 Points

In a 116-105 victory against the Orlando Magic on Friday night, LeBron James scored 29 points and played solely at center in the second half as the Los Angeles Lakers recovered from an eight-point halftime deficit to win their fourth straight.

The Charlotte Hornets trounced the Oklahoma City Thunder 121-98 on Friday night, led by Terry Rozier's 24 points, Miles Bridges' 22 points and 14 rebounds, and the play of the whole team.

The Supreme Court of the United States has denied a plea by former President Donald Trump to prevent the release of White House papers to a parliamentary committee investigating the January 6th case.