A bill recently introduced to the city council would allow anyone in New York City to report parking violations through an online portal and receive 25% of the fine paid by violators.

The bill (INT-2159), introduced by Council Member Stephen Levin and Council Speaker Corey Johnson, creates "a new violation and civil penalty for hazardous obstruction by a vehicle of a bicycle lane, bus lane when bus restrictions are in effect, sidewalk, crosswalk, or fire hydrant when such vehicle is located within a radial distance of 1,320 feet of a school building, entrance, or exit." The proposed legislation increases fines for parking violations from $115 to $175, and awards the complainant 25% of any fees collected. The legislation also requires the Department of Transportation (DOT) to create a civilian reporting system to facilitate the collection of complaints and evidence.

Violators would have to pay up — or plead their innocence at the Office of Administrative Trials and Hearings (OATH). 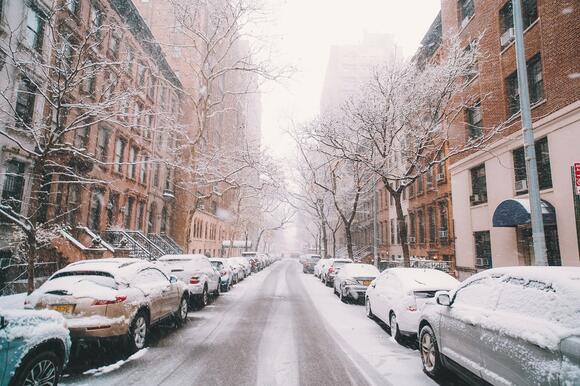 If you're looking forward to making a career as a parking violations snitch, fear not: the NYPD and other personnel currently authorized to issue summonses would not eligible to receive the 25% whistleblower reward.

City officials wouldn't be exempt from being reported, either. Vehicles with city-issued placards would have to abide by the same rules or risk being turned in by regular civilians.

According to the proposal, the city would have to create an online portal through which civilians could upload evidence and create complaints. A tracking number would be issued to whistleblowers. Annually, the city would hype up the program by posting statistics on their website about the number of violations caught and fined.

If passed, INT-2159 would put community policing to the test in New York City, paving the way for civilians to issue more parking violations than the NYPD does.

The parking issues that plague residents most often, however, seem to be missing from this bill. INT-2159 makes no mention of blocking driveways, double parking and blocking other cars in during alternate side, double parking in general, parking more than 18" from the curb, parking with your bumper literally attached to someone else's bumper so they can't move their vehicle, and so on.

The community policing aspect of this bill is nothing new for New Yorkers, who already have access to 311, a phone system for reporting pretty much anything.

A lesser-known whistleblower program already exists: anyone can report idling vehicles in New York City and receive a reward. The program, launched in 2018, also gives complainants 25% of the fine collected. Fines range from $300 to $2,000 — substantially more than the proposed $175 parking fine — which is how one man earned $9,000 in just a few short months by reporting idling vehicles and submitting evidence to the city.

A peek into the reporting system for idling vehicles reveals the following:

Citizens may only submit idling complaints about trucks and buses as defined in paragraph 1 and 2 below, and are marked with a company (respondent) name and address There are additional exceptions which are explained below in subdivisions a and/ or b.

1. Trucks are defined to include any vehicle that is designed, used or maintained primarily for the transportation of property. This would include a van that primarily transports property.

2. Buses are defined as any motor vehicles having a seating capacity of fifteen or more passengers in addition to the driver and used for the transportation of persons.

Exceptions to Paragraphs 1 and 2:

a. Trucks that use the motor vehicle engine or a secondary motor to run a piece of equipment such as the refrigeration unit on a delivery truck, an ice cream truck, a truck using a lift gate to load and unload product, etc. are allowed to keep that engine running. If you submit a complaint regarding a refrigeration truck, you must document that the engine that moves the vehicle was on and was not being used to run the refrigeration unit.

b. Armored trucks that are engaged in business activities such as being used to actively transport/deliver/receive cash and other services that directly relate to the use of an armored truck.

c. City and/or State Vehicles are not subject to OATH penalties.

The whistleblower program for idling vehicles does not include private vehicles, which means civilians can only report delivery vehicles, trucks, and buses. The new bill, while making no changes to the idling laws, allows civilians to report parking violations for all types of vehicles — even those with city-issued parking placards.

A bright light of the proposed whistleblower bill is that vehicles with city-issued parking placards would not be exempt from the law.

City-issued placards have been issued to over 160,000 city workers, allowing them to park virtually wherever they want with no penalty. Parking placards have been shared, sold, and counterfeited for years, enraging New Yorkers almost as much as everyday parking shenanigans have enraged them.

The Twitter account @placardabuse, which boasts over 8,000 followers, shares photographic evidence of illegally parked vehicles with city-issued placards (and sometimes includes videos of officers declining to issue citations). INT-2159 could potentially put an end to placard abuse, as the decision to issue a citation would not be left up to individual officers, but to OATH.

Council Speaker Corey Johnson, who co-introduced the new legislation, attempted to stop parking placard abuse at the end of 2019.

If the new bill passes, it would take effect 120 days after becoming law. City officials, however, would be required to set up the online reporting system before then.

More from Brooklyn and Beyond