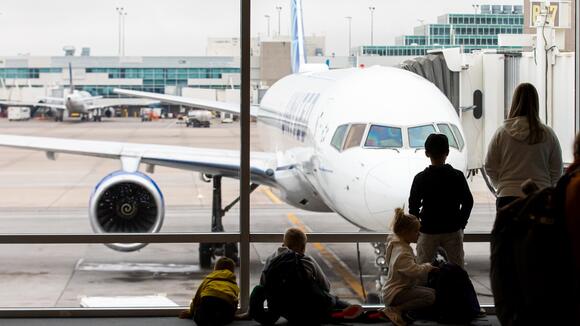 (Denver, CO) Nearly 600,000 travelers are expected to pass through Denver International Airport during Thanksgiving week, which is a 12 percent increase over last year.

The busiest travel days will be Tuesday and Wednesday, with more than 75,000 travelers going through TSA security checkpoints daily, according to DIA.

Suffice it to say the most wonderful time of year is also the busiest, and you’ll want to give yourself some extra time at DIA (which is the third busiest airport globally).

Here are five tips for navigating the airport this week.

1. Drop your baggage off before you step foot in DIA

Save your shoulders the strain of hauling your luggage through the airport and avoid the check-in counter by taking advantage of the “remote drop.” There’s free bag drop service at 75th Avenue near the Pikes Peak Shuttle Lot and at the transit center near the RTD A-Line.

The bag drop is available from 6 a.m. to 6 p.m. for domestic flights on United, Southwest, Delta, America, Alaska and Spirit. If you’re flying internationally, you can’t use remote bag drop.

Also, to use this service, you must drop off your bags at least 90 minutes before your flight. If applicable, airline bag fees are paid at the bag drop kiosk.

Something to keep in mind: Passengers traveling with lap infants must still visit the ticket counter to collect their child’s boarding pass per airline regulations.

Officials recommend getting to the airport at least two hours before your boarding time (not your flight time!)

The TSA screening checkpoints are generally busiest from 5 a.m. to 10 a.m. and again from 1 p.m. to 4 p.m, according to DIA.

3. Know which security line to use

DIA has three security checkpoints. Here’s what you need to know about each.

Whether your flight is delayed or you’ve just got some extra time while you’re at the airport, enjoy some of DIA’s amenities. A free ice skating rink is open during the holiday season and is located pre-security near the Westin hotel.

Also, the airport is adding more food and beverage options. VooDoo Doughnuts recently opened on the B Concourse, and Novo Coffee is open in the center of the A Concourse. 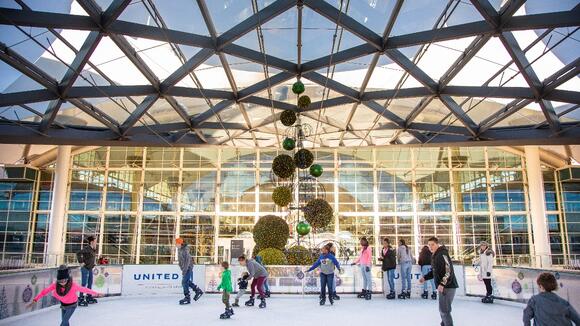 All of DIA’s on-site parking lots are open except valet parking in both garages and the Mt. Elbert lot, which opens if Pikes Peak reaches capacity. The Pikes Peak Shuttle Lot is the most cost-effective parking option at only $8 a day. If the more than 8,000 spots fill at Pikes Peak, the Mount Elbert shuttle lot will open as an overfill lot.

To help plan, you can see real-time parking availability here. If it’s been a while since you’ve been to the airport, parking costs increased in mid-July in most lots.