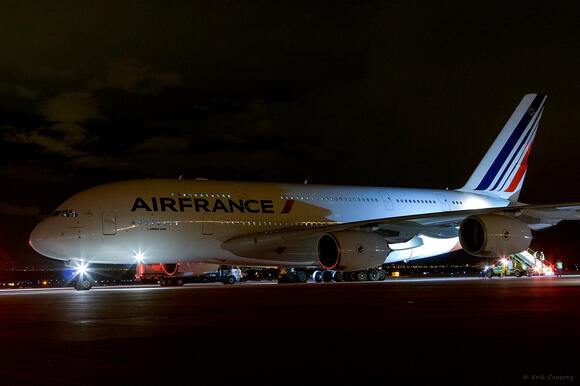 (Denver, Colo) Ahead of the summer travel season, Air France returned to the Mile High City to offer non-stop flights between Denver and Paris.

"We expect passenger traffic to reach historic highs this summer thanks in part to carriers like Air France who continue to invest in the Denver market, allowing us to expand our global connections and connect our passengers and community to Europe and beyond,” said DEN CEO Phil Washington in a statement.

Air France first launched service between Denver and Paris in July 2021. The service ended in early October to coincide with the end of the summer travel season, according to airport officials.

Air France was the first and remains the only carrier in the SkyTeam Alliance (which Delta is a member of) to operate nonstop transatlantic service to Denver. Through the Air France network in CDG, passengers can access dozens of destinations across Europe, the Middle East, Africa and Asia.

But the nonstop flights between Denver and Paris also give Colorado tourism an edge as France is one of the most important international tourism markets for the state. In 2019, French visitors accounted for seven percent of total overseas visitors to Colorado, just behind the United Kingdom and Australia.

Film on The Rocks is back. Here’s what's playing at Red Rocks in 2022

Ahead of the busy summer travel season, TSA officials say travelers should allow extra time to get checked in and through security.Denver International Airport. (Denver, Colo) If you traveled during the past couple of years, you’ve probably been able to breeze through security lines with little to no wait times. But travel is back (some call 2022 the year of revenge travel), and so are the long security lines.

Did you know this Denver hotel has a secret sexy floor?

The Rally Hotel's eighth floor is perched at 5,280 feet (a mile high) and the rooms have a sexy design.The Rally Hotel. (Denver, Colo) Step foot in The Rally Hotel, which opened across the street from Coors Field in 2021, just ahead of the MLB Allstar Game, and you’ll quickly pick up on the baseball theme.

Sloppers are on the menu at Fuel & Iron, a Pueblo-themed bar that's open in Denver.Fuel & Iron. (Denver, Colo) Unless you’re from Pueblo, “sloppers” are probably not in your culinary vocabulary. These open-faced cheeseburgers are smothered in the city’s famed green chili and topped with diced onions, though restaurants are known to put their own spins on sloppers.

Jeff Osaka's conveyor belt sushi Sushi-Rama concept expanded to Lone Tree.Sushi-Rama. (Douglas County, Colo) Restaurateurs are looking to the southern suburbs to expand or open some of their latest eateries.

ChefReady in Denver installed solar panels, which help its chefs save on their energy bills.ChefReady. (Denver, Colo) Restaurants face many challenges when they try to implement eco-friendly initiatives. From massive walk-in refrigerators to churning out hundreds of meals, it’s probably not surprising that restaurants typically use more energy than other types of commercial buildings.

Peep this shake: Slater's 50/50 makes a cotton candy shake that's loaded with Easter candy.Slater's 50/50. (Denver, Colo.) What if you could take all the best treats from an Easter basket and incorporate them into a creamy, over-the-top, Instagram-worthy milkshake? Slater’s 50/50, an elevated sports bar in Denver, did just that with their new spring treat, the Denver Peeps Cotton Candy Milkshake.

Did you fall for DIA’s April Fool’s joke?

The fictitious candle set from Denver International Airport.Denver International Airport. (Denver, Colo.) Candles that capture signature scents reminiscent of hotel lobbies, national parks, and even states have emerged as a pandemic-era travel trend. Amid COVID-19, why not order a candle that reminds you of your favorite getaway and hold you over until your next vacation?

Strike a pose: Do yoga inside Denver’s Frida Khalo exhibit