NYC's Approach to Mental Illness: Intervene When it "Prevents a Person From Meeting Their Basic Human Needs" 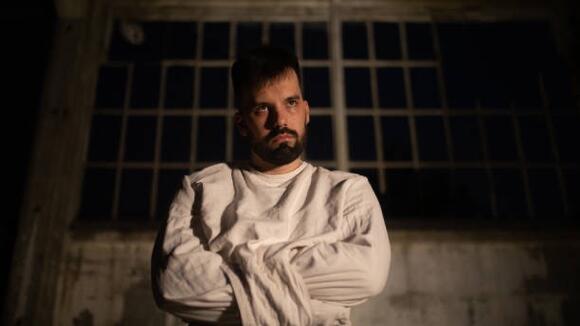 Unwanted intervention with your mental health – whether you want it or not.Photo by(DusanManic/iStock)

New York’s Mayor Eric Adams is caught in the crosshairs, once again. After announcing his plan to “hold” mentally ill New Yorkers involuntarily in institutions and hospitals, people around the world are wondering if he’s lost his mind – especially since this announcement comes only weeks after disclosing the state’s budget being nearly maxed due to NYC’s migrant crisis, (and Adams’ timely trip to Qatar during the World Cup.)

This issue here is consent, yet the directive focuses on subjecting people – who are at risk of harming themselves – to mental evaluations. Over the course of the previous week, at-risk New Yorkers have been swept up from the streets – against their wishes – and checked into various state-operated hospitals to receive both a mental and physical evaluation.

While hospitals and medical facilities are already granted the ability to hold extremely dangerous people, the new policy is completely rescoping the authority medical professionals have.

The plan is targeted toward New Yorkers who are posing a risk to themselves and others but doesn’t define the new liberties given to both the individuals making the call to commit anyone else and (most importantly) the individuals being subjected to the psychiatric hold.

Typically, emergency contacts, next of kin, power of attorney, and advanced directives will be explored before forcing a person into a hospital or mental institution, however now in New York, that’s no longer the case.

Deputy Mayor Anne Williams-Isom says these determinations will be made “case by case,” which further eludes to the unknown and what New Yorkers will be unknowingly subjected to.

Transportation, food, medical care, and follow-up care will be provided to the individuals benefitting from Adams’ new policy. The following quote was taken from the Mayor’s public address regarding the issue. Very limited information has been offered on what will happen to the more “at-risk” individuals who have been unwillingly committed.

“I want to talk to you about a crisis we see all around us: People with severe and untreated mental illness who live out in the open, on the streets, in our subways — in danger and in need. We see them every day and our city workers are familiar with their stories. The man standing all day on the street across from the building he was evicted from 25 years ago, waiting to be let in. The shadow boxer on the street corner in Midtown, mumbling to himself as he jabs at an invisible adversary. These New Yorkers and hundreds of others like them are in urgent need of treatment, yet often refuse it when offered.” – New York’s Mayor Eric Adams