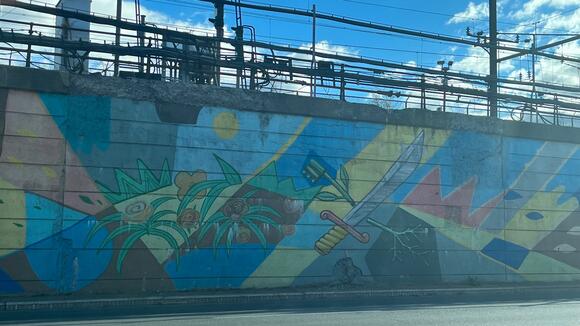 Newark's railway tracks are cracked and worn after nearly a century.Photo byBridget Mulroy

So, considering how “vital” the train station is to the city and state, why has nothing been done yet? The Former NJ Transit Chairman said this at the 80th birthday celebration for Newark’s Penn Station, seven years ago, and absolutely nothing has been done.

Shortly after 2022 began, there were faint mentions of a $190 Million investment into Newark’s transportation system. All talk and no show since the tracks along McCarter Highway have been resting on a pile of crumbling bricks, McCarter Highway alone is one pothole away from a lawsuit, and nothing has been done to renovate Penn Station since the investment plan was announced earlier this year.

Either the planning process for a nearly 90-year-old transportation lifeline takes longer than the city anticipated, or the city has done jack-all to initiate the plans promised. New Jersey residents are beginning to think the latter.