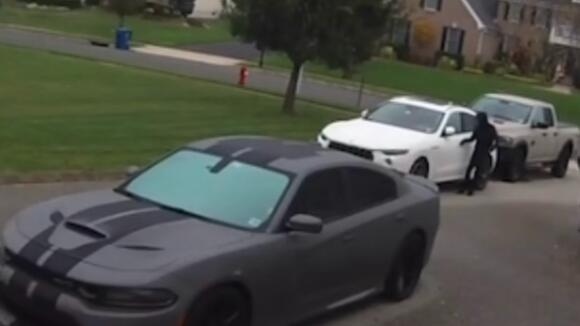 Two men dressed in black try to steal two cars in the middle of the day.Photo by(@supercar_shar/Instagram)

A recent video out of Freehold, New Jersey gives a chilling new perspective to a not-so-new issue that has only been escalating throughout the state’s more affluent neighborhoods. One resident’s home security system captures two men, dressed in all black, trying to steal a Dodge Hellcat, and a Maserati Levante out of the resident’s driveway – in broad daylight!

While the story is upsetting, it’s not shocking. Incidents like this have risen exponentially over the past year.

Until recently, car thieves were well aware that the police won’t chase them once they were on the highway with the car. Why? Safety. Police wouldn’t “chase” or pursue a stolen car to protect other people on the road from cars traveling at high speeds. While car thieves are in the wrong, cars can be replaced, and other people’s lives cannot be. 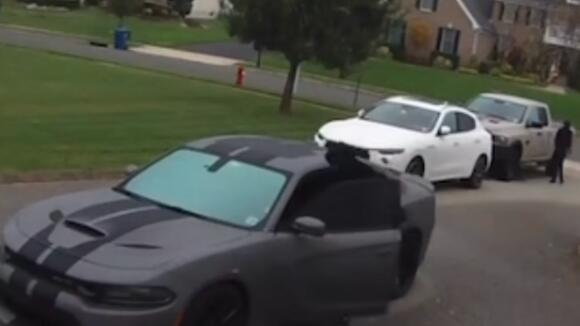 Yes, wealthier neighborhoods are being targeted, but people everywhere are at risk. Regardless of what town you live in, chances are you have a garage door opener, a spare key, or some way to enter your home in your car.

Once a thief accesses your car and discovers access to your home, renters and homeowners alike are at the mercy of the force used by the person entering the home. This means you cannot use deadly force on a home intruder unless they use deadly force on you… So are people supposed to lie down and take it?

This month, New Jersey Governor Phil Murphy has announced legislation that will cut down on New Jersey’s car theft “epidemic.”

The Governor has proposed the following measures to address the issue:

“I am grateful for the collaborative work that has been done across government in partnership with law enforcement at the state and local levels to combat crime in our state. Today’s steps, which include increasing penalties for persistent auto theft offenders and criminalizing certain conduct related to auto theft tools and catalytic converters, will strengthen this administration’s efforts to reverse the uptick in vehicle theft we have witnessed over the past few years. However, we also ask that our residents take additional measures to protect themselves from auto theft. If you cannot park your car in a closed and locked garage, make sure that your vehicle is locked and that the key fob is with you.” – NJ Governor Phil Murphy