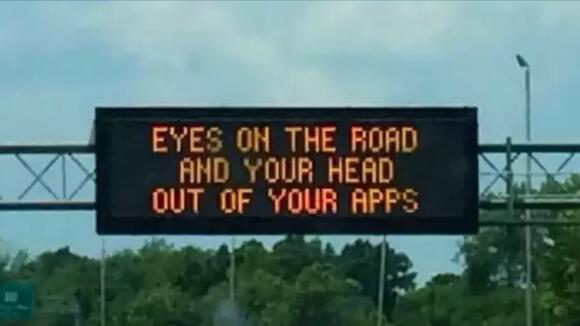 New Jersey’s famous road signs were buzzing a few weeks ago – both for their creativity, and their ability to tick off the U.S. Federal Government. You may recall during October and most of November, the New Jersey Department of Transportation changed the road signs to read some of the following slogans:

‘Get your head out of your app.’

‘Hold onto your butts.’

‘Only Ziti should be baked.’

‘Hold on to your butts, help prevent forest fires.’

‘Slow down, this isn’t Thunder Road.’

‘Nice car, does it have turn signals?’

If you saw them, the signs definitely made you laugh – and kept you alert.

The Federal Government didn’t seem to think the signs were as funny as everyone else did. The Feds immediately ordered the New Jersey Department of Transportation to remove the signs, and they did. Now drivers are wondering why they’re being so hard over something so silly. The Feds didn’t care to comment.

Now, New Jersey Senator Cory Booker, formerly Mayor of Newark, New Jersey, is demanding answers! The Senator has written a letter to the Federal Highway Administration looking for a reason why they ordered the New Jersey Department of Transportation to remove the slogans.

In the letter, Senator Booker writes, “Last month, NJDOT began a campaign utilizing humor and Garden State culture to raise awareness around safety. These quintessential New Jersey messages have had a significant, positive reception around the state, and have helped to alert in-state and out-of-state motorists to take reasonable precautions.”