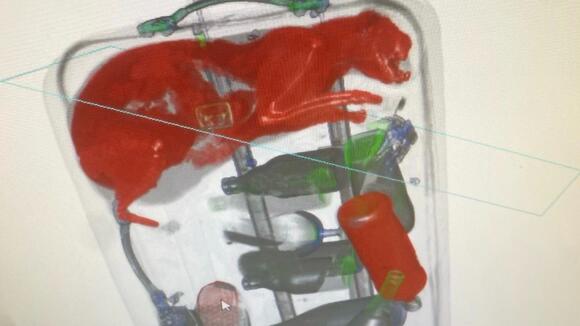 A live cat was found in a suitcase at JFK Airport.Photo by(TSA/Twitter)

TSA at JFK Airport in New York was able to track down a stowaway amongst the Thanksgiving travelers – only not your average stowaway! 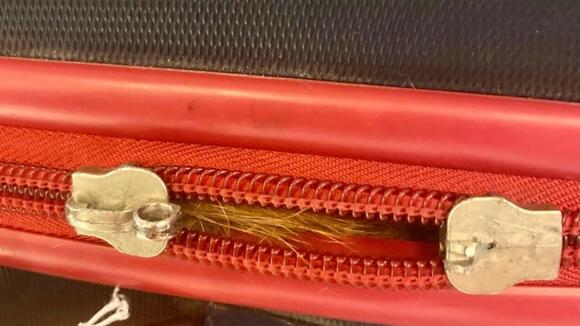 Orange fur poking out of a bag at the checked-luggage scanner at JFK.Photo by(TSA/Twitter)

On November 16, TSA agents at JFK airport thought something was strange when orange fur was poking out of a suitcase going through the luggage scanner.

Lisa Farbstein, a spokesperson for the TSA at JFK who shared the incident on Twitter, said an alarm was sounded when the strange bag was passing through the checked-luggage screening point at the airport. 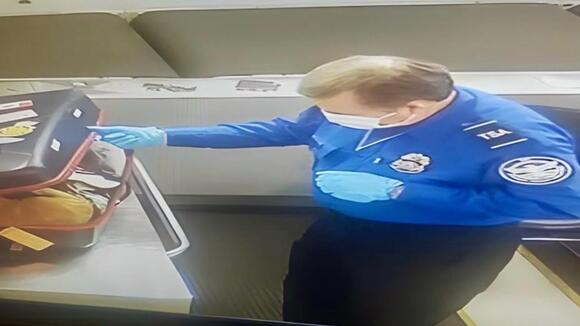 The stowaway passenger, later identified as ‘Smells,’ was a cat that had found its way into the suitcase of a holiday traveler. The traveler was notified immediately after their luggage was flagged, and they had no idea the cat had made its way into the bag!

Smells belonged to the roommate of the holiday traveler. Smells’ owner also hadn’t a clue that Smells was missing until they received the phone call from the TSA agents.

When Smells was found in the suitcase, the traveler and the cat were ordered to return to the check-in area so the cat could be given back to its owner.

The cat crawled into the suitcase on its own and no one realized it was hiding in the bag until the alarm went off at JFK Airport.

Fortunately, no injuries were reported and the cat is back home, safely with its owner. The incident has created a significant amount of buzz…or purrs… at JFK since the stowaway cat was caught during the week before the notoriously chaotic Thanksgiving travel.

Only in New York!