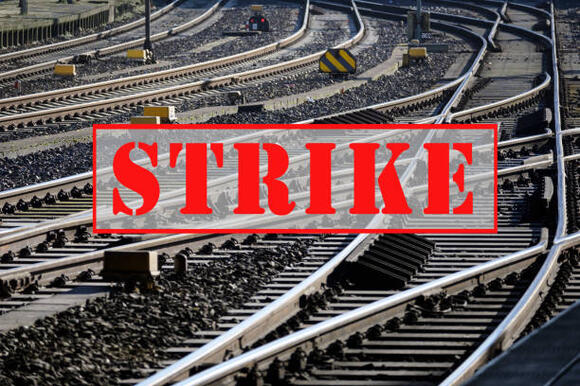 A railroad strike seems to be imminent, what Americans need to think about...(@fermate/iStock)

Railroad infrastructure being disregarded is not new news. The United States has some of the most underdeveloped railroad systems in the world. Today, however, is the final day of deliberation for the United States government.

Railroad workers across the country are ready to strike on Thursday. The White House has been pushing to avoid this, yet railroad workers – freight and passenger lines alike – have had enough. While unions are attempting to negotiate their terms, a common ground has yet to be reached.

While the strike is planned for solely Thursday – thus far – the repercussions are predicted to be dire. Increased gas prices are at the forefront of concerns should tomorrow’s strike transpire.

One manager for a freight railroad in New Jersey weighs in on the issue. He says, “While there are outdated parts of the railroad; in terms of moving freight, the railroad is still the most effective way to move freight across the country.

The railroad is a 24/7 operation and I don't think the majority of the country knows this. The immediate impact will be severe delays in goods and gas being shipped to businesses. This will only further increase prices. Gas would be affected immediately if no tanker cars are being moved.

The strike itself may not last very long as railroad workers are not allowed to strike. The president can force the workers back to work as they are critical to the United States' infrastructure. However, workers are fed up and some are willing to face the repercussion such as fines and jail time.”

Should the strike go beyond Thursday, and workers ignore a Presidential order to return to work, the country’s stores will quickly run out of goods, and service providers will run out of supplies. Food and gas prices will increase as they become more expensive to transport.

Recalling the Hoboken train station collapse a few years back, concerns were raised then when NJT/Amtrak hadn't addressed commuter trains. Freight train lines are in a similar shape.

Regarding the Hoboken station collapse, the freight-line manager states, “It was caused by the engineer's undiagnosed sleep apnea. [Following that] NJ Transit made a rule to have a two-man crew when pulling into the Hoboken terminal. Ironically, freight railroads are trying to get rid of two-man crews so they can spread out manpower. This is extremely dangerous in my opinion as engineers and Conductors can work up to 12 hours a day several days in a row increasing the odds of an accident occurring.”

Ideally, the people operating the county’s freight and passenger lines are looking for better pay, better regulation on the job, infrastructure improvements, and better quality of life.

Hoping for the best, but preparing for the worst, the freight-line manager says, “The worst case scenario would be if the workers were on strike indefinitely. It would bring the country's economy to a complete standstill. It would take a very long time to recover from that.”

Additionally, he adds, “The President followed the right procedures in terms of labor negotiations. Unfortunately, the PEB (Presidential Emergency Board) has not done anything to help the remaining unions that do not have a contract. The President's executive order expires Thursday night at 12:01. It could be the beginning of something the citizens of the United States have never seen before.”