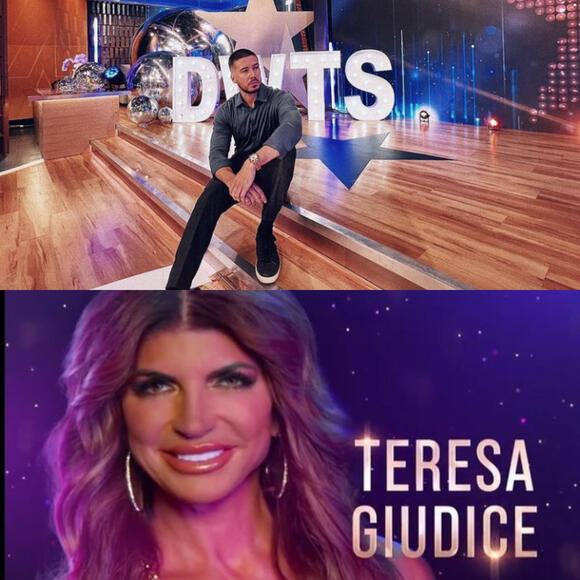 Not one but TWO infamously famous New Jerseyans are to appear on the upcoming season (season 31) of the hit show, Dancing With The Stars, on ABC Disney+!

Real Housewives of New Jersey’s Teresa Giudice and Jersey Shore/Jersey Shore Family Vacation’s Vinny Guadagnino will be showing the country – and the world – how ‘Jersey’ Dancing With The Stars can possibly be…!

Teresa has been hinting a LOT at it over the last few weeks. Real Housewives of New Jersey shares on Instagram, “It’s official! @TeresaGiudice will be making her way to the ballroom on the upcoming season of [Dancing With The Stars]! Who is excited to see Teresa on [DWTS] premiering at 8/7c on Monday, September 19th on @DisneyPlus!!”

Anyone from New Jersey would agree that these two have to be amongst the best representatives that New Jersey could offer.

Teresa is famous for her table-flipping on the Real Housewives of New Jersey, as well as her Best Selling New York Times cookbook collection. She has also appeared on The Celebrity Apprentice. She’s recently remarried and currently focusing on her new podcast, “Namaste B$tches.”

Vinny is notorious for his role in MTV’s show Jersey Shore. Since the show’s original premiere, he’s appeared on MTV’s Double Shot At Love, a few other MTV shows, and gotten into club and venue promotions between New York and New Jersey.

New Jersey residents should be proud as these two will be packing a ton of personality into their dance performances.