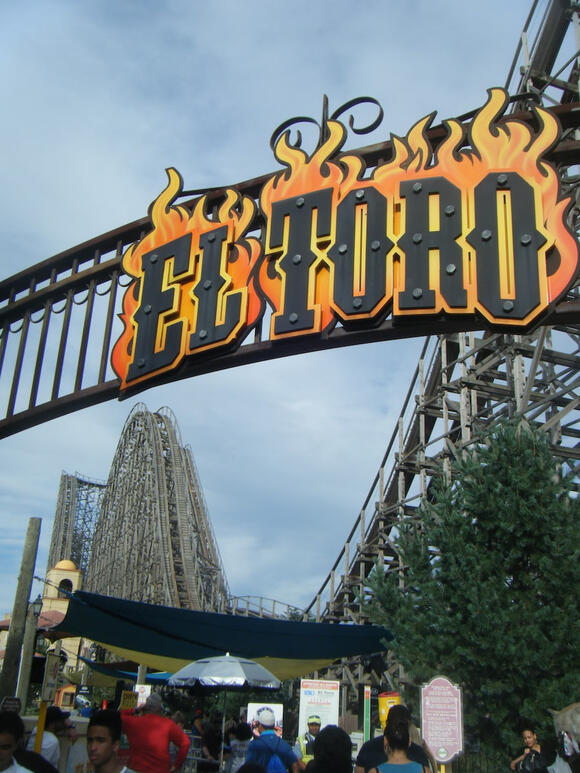 Gabriel Darretta, a spokesperson for Six Flags Great Adventure, explains how first responders arrived at the park when about twelve people “reported back pain after riding El Toro.”

On Thursday evening, five of the people who had ridden the roller coaster were rushed to the nearest hospital. Everyone who rode El Toro at that time was evaluated by paramedics and encouraged to receive follow-up care.

Darretta continues to state the obvious, “The ride is closed for inspection.”

El Toro is a sixteen-year-old, nineteen-story-tall, wooden roller coaster that was also shut down last summer after the roller coaster derailed. A video of the events that caused the derailment went viral, and New Jersey’s Department of Community Affairs was required to step in to investigate.

After the incident from the previous summer, the park’s former spokesperson, Kristin Fitzgerald, denied the derailment by saying “The train’s safety systems worked as designed and the train remained on the track,” – despite the DCA red-tagging the park attraction.

Upon investigating, DCA spokeswoman Lisa Ryan said, “The rear up-stop wheel, which prevents the train from lifting, came up on top of the rail," not operating as it was intended to do. She continues, "El Toro will not reopen until the DCA is provided with a report by the ride manufacturer indicating what caused the derailment as well as how to mitigate the issue.”

Last summer’s incident deserves more focus as both the amusement park and the state investigated it, and cleared the ride to operate. Now, another tragedy has been narrowly avoided. Thank goodness no one on El Toro was seriously injured yesterday evening, and they were able to walk off the ride.

Since the incident happened less than twenty-four hours ago, answers are still surfacing, and people’s injuries are also still being evaluated.