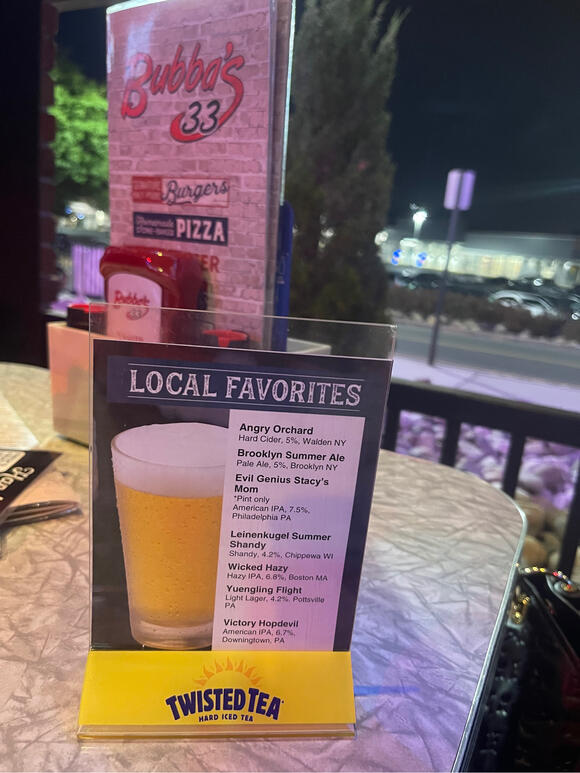 Bubba's 33 of New Jersey has made a list of New Jersey's favourite local Summer beers... do you agree?Bridget Mulroy

According to Bubba’s 33, a family restaurant with a sports bar ambiance – and a garage bar, the only one in New Jersey that has made a list of some of the most popular Summer beers in New Jersey. They call the list “Local Favorites!”

This may be controversial – for a few reasons. One, the restaurant was founded by the founder of Texas Roadhouse, a franchise restaurant based on food and drinks from the deep south. Two, because the Bubba’s where this list was spotted is the only Bubba’s restaurant in New Jersey. And three, because some of the beers on the list are not enjoyed by all!

Yet, the restaurant has organized this list. The real question is whether or not you agree with it! In no particular order (straight from their list,) and without further delay, read on to find out what may – or may not – be the most popular summer beers in New Jersey!

Of course, this is not recommended if you’re under 21 years old, if you’re driving, or drinking in excess. But, if you’re looking for some Summer fun and you happen to be around Sayreville, New Jersey, the best way to find out if the list is accurate or not is by going and trying the beers yourself – the food is also pretty good!