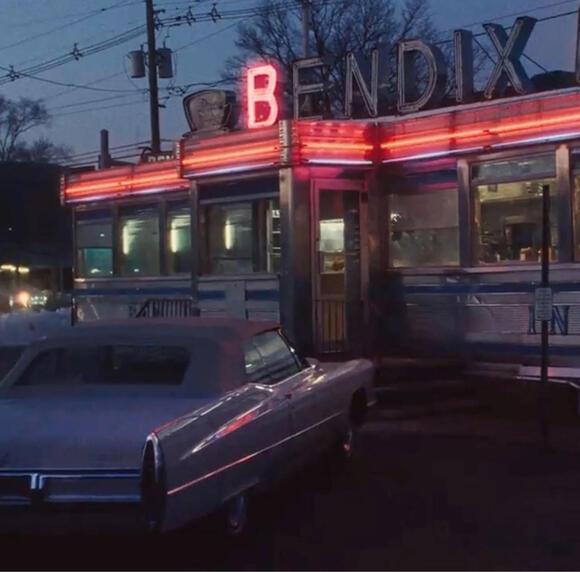 Without a doubt, there is nothing more "New Jersey" than the diners.

New Jersey has given diners their iconic ambiance. Yes, the state is also famous for other food: blueberries, tomatoes, and unlimited combinations of egg sandwiches, but New Jersey inarguably deserves credit for the retro-themed restaurants with the same, but different variations of comfort food.

Bendix Diner opened in 1947 and has earned its title as a local landmark. Located on Route 17 near the entrance to Route 46 in Hasbrouck Heights, New Jersey, Bendix Diner is the GOAT (greatest of all time,) and has modeled traditional diner fare across the rest of the United States.

As of today, the diner has been running for 75 years! Over those 75 years, the Bendix Diner has been featured in numerous movies, music videos, and other publications recognizing the diner’s reputation.

As of recently, the Bendix Diner was named one of the best in the country! In an MSN publication ‘The Best Diners in America’ by the Tasting Table, Bendix was referred to as a “classic American diner.”

One of the publications shedding light on this small New Jersey gem was The New Yorker. The New Yorker recognizes the diner’s iconism and how it “has been used extensively in film and television, appearing in “The Many Saints of Newark” and “Boys on the Side,” among others. Stephen Michael Simon’s new short documentary, “Bacon ’n’ Laces,” filmed largely inside the diner, is a more intimate portrait.”

Some music videos the diner was featured in include, ‘Stop Making this Hurt’ by the Bleachers in 2021, and ‘A Little Faster’ by There for Tomorrow in 2009.

The diner dons the traditional retro neon signs outside, comfy booths inside, stainless-steel stools up at the counter, a jukebox, and of course, fresh coffee.

Bendix Diner offers the real-deal-feel of the era when New Jersey diner culture originated – a trip to this authentic, vintage New Jersey Diner is a must since it’s the next best thing to time travel.

Laser Hair Removal in NJ: One Doctor is Keeping it Real

NY: A Front Row Seat to the Final Supermoon of 2022

Thursday's supermoon will be hard to miss!(Süheyl Burak/Unsplash) New York and New Jersey will be lucking out on Thursday evening as it will be the fourth and final supermoon of 2022!