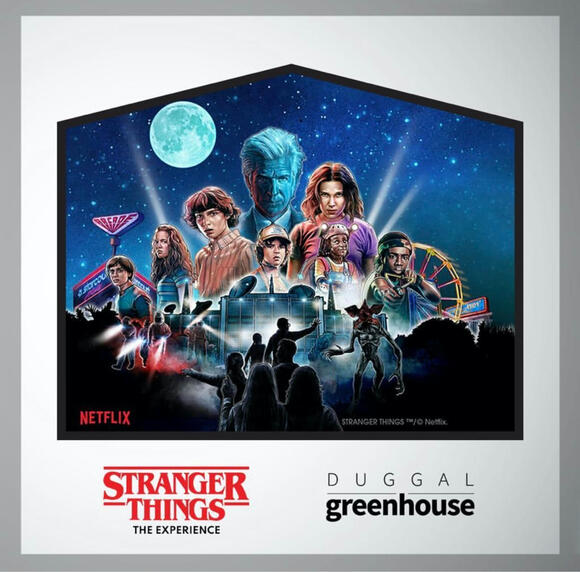 Stranger Things Season 4 can be watched in its entirety tomorrow! Duggal Greenhouse in NY is an official portal to the Upside Down!(@DuggalGreenhouse/Instagram)

See for yourself! The reviews speak for themselves – Stranger Things fans love it!

In May, Duggal Greenhouse in Brooklyn Naval Yard began hosting an interactive walk-through where fans could enter through the NYC portal and experience the full effect of the Upside Down.

Once Volume 1 of the fourth season was made available on Netflix, tickets for Stranger Things: The Experience NYC became difficult for enthusiasts to get their hands on as the attraction really is top tier.

The great news is Stranger Things: The Experience NYC will continue hosting showings from Wednesday through Sunday until August 21.

Due to the hype, the venue recommends purchasing tickets, and group or private bookings in advance – especially before tomorrow.

Tomorrow, Netflix will have Volume 2, the conclusion of the drama series’ final season, available to stream.

According to both Variety and IndieWire, “Volume 1 took [Stranger Things] Season 4 to the top of Netflix’s list of most popular English-language series of all time,” when it amassed over “781.04 million hours viewed.”

Volume 1 aired on May 27, and Volume 2 comes out tomorrow. While this suspense would guarantee people watching the show will remain at the edges of their seats, Vox explains the reasoning behind Netflix holding out on launching the entire fourth season: Netflix’s customer retention has plummeted – Stranger Things and its final season may not save the streaming platform.

Ever since Netflix began to make changes to subscription options and crack down on password sharing, long-time subscribers to Netflix have been “Pulling the Plug” and turning to other streaming options.

Regardless of whatever Netflix’s plans are for the future, the complete season of Stranger Things Season 4 will be available to watch on the app tomorrow. More importantly, you can experience the Upside Down right here in NYC! You’ll be able to run from a Demogorgon, walk around the Rainbow Room, test out Eleven’s powers – and maybe even save the world!