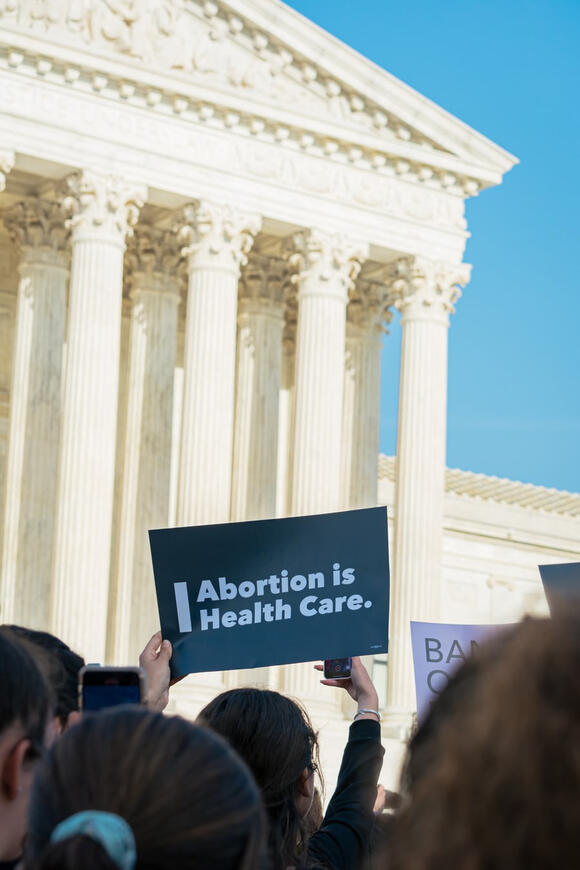 Protestors have taken to the streets of Washington, D.C.(Gayatri Malhotra/Unsplash)

The United States Supreme Court voted to overturn Roe v. Wade on Friday morning. The plug has officially been pulled on a decided Constitutional right from 1973. The Supreme Court decision will give state governments the decision on whether or not to ban abortions.

For nearly fifty years (since 1973,) Roe v. Wade recognized abortion as a Constitutional right and protected women’s rights to have an abortion in the United States. Under Roe v. Wade, women had legal access to abortions in the first two trimesters of pregnancy.

In early May, Politico leaked a draft written by Justice Alito to overturn Roe vs. Wade.

In his draft, Alito referred to the issue as an “opinion of the court.” Furthermore, Alito [justified] the action by saying, “It is time to heed the Constitution and return the issue of abortion to the people’s elected representatives.” In nearly one hundred pages, he defended the proposal by saying “a right to abortion is not deeply rooted in the Nation’s history, and traditions,” referenced from an article on states’ responses to the draft leaked back in May.

Dobbs v. Jackson Women’s Health Organization was considered to be the catalyst in challenging the stability of Roe v. Wade in the United States. In December of 2021, the US Supreme Court ruled on a Mississippi case presented in 2018 that challenged abortions.

Dobbs v. Jackson Women’s Health Organization, now dubbed the Mississippi Gestational Age Act, decided June 24, 2022, states “[e]xcept in a medical emergency or the case of a severe fetal abnormality, a person shall not intentionally or knowingly perform . . . or induce an abortion of an unborn human being if the probable gestational age of the unborn human being has been determined to be greater than fifteen (15) weeks.”

This development has further divided the nation after being viewed as one of the most controversial cases on the Supreme Court docket in decades. The decision on when and where abortions can be performed is now ultimately left up to individual state governments.

By comparison to something equally as controversial, the United States government has yet to recognize marijuana as being legal; the decision on selling and consuming it is also left up to state levels of government. Since the Supreme Court has yet to rule on marijuana legality, nothing is stopping the federal government from raiding the new dispensaries that have opened this year in New Jersey.

So by comparison, does this mean that the federal government will raid an abortion clinic now; since New Jersey is also one of the states protecting women’s rights to abortion? When considering a woman’s access to safe abortion, as well as her reasoning for choosing to have one, why now is it time “to heed the Constitution and return the issue of abortion to the people’s elected representatives,” (Alito) when abortion was [at one point] constitutionally recognized?

In a country now with food shortages, formula shortages, a gun-regulation concern in schools, and the Supreme Court voting against a bill that would allow women to legally pump breastmilk at work to feed babies they’re now forced to birth – the stability of the United States is coming into question. Now more than ever.