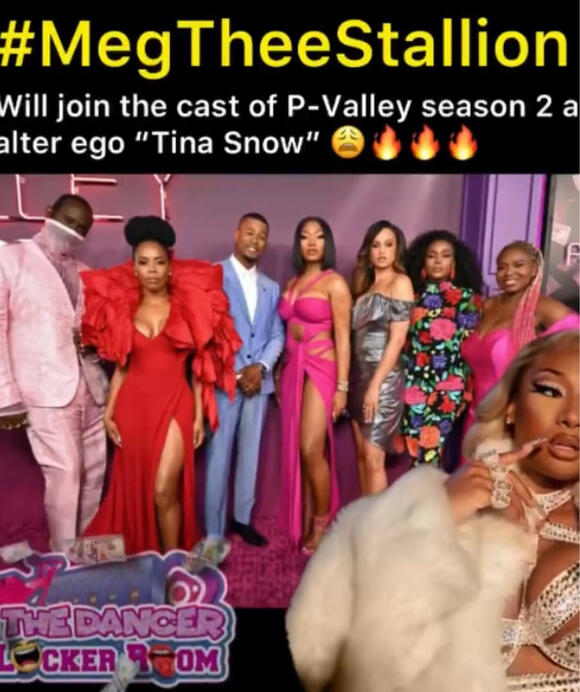 Megan Thee Stallion will be switching it up from music production to acting!

Starz broke out with a hot series last year about life in the strip club.

You read that correctly. Strip club culture has become so normalized that Starz made a show about it – and it’s hot!

Regardless of whether or not normalization of the culture should be encouraged, the Starz series has done very well since it first aired in 2020.

The 2022 season (the second season of P. (Pu**y) Valley will be a big one; Megan Thee Stallion will be featured in it!

Other celebrities within the industry have been featured on the show. This particular casting confirmation is significant as Megan Thee Stallion hasn’t stepped out of her comfort zone as a musical performer since 'Good Girls.'

According to HipHopDX, “Megan Thee Stallion’s first acting gig came in the form of Nana on NBC’s Good Girls back in 2021.” That must’ve ignited a new passion in the performer as she was fixed for the role.

The next phase of Megan Thee Stallion’s career could not have come at a better time. Her most recent album 'Plan B' launched this past June and the artist shows no signs of slowing.

The focus of her music is still front and center, if not more now than ever. (See post on @thadancerslockerroom on Instagram.)

This new direction is intended to inspire her next phase of music.