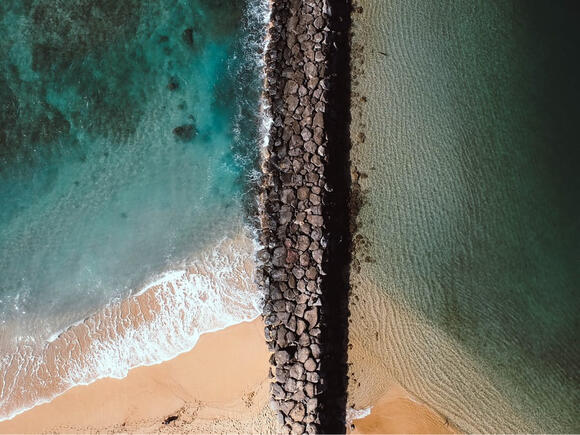 New Jersey's jetties are designed to break tides to make beaches safe for swimmers, they are not intended for swimming.(Michelle Spollen/Unsplash)

Events took a horrible turn for a group of friends swimming on the jetty between the 8th and 9th Avenue beaches of Belmar, New Jersey.

MidJersey.News (MJN) records a distress call at about 12:30 pm on Monday. When first responders arrived on the scene, people on the beach were attempting to help with the rescue situation to no avail.

The rest of the group was brought back to the beach when they realized one of their friends was unaccounted for.

The search expanded, and less than an hour later, a male victim was recovered from the ocean. The body was taken from the beach in an ambulance to Jersey Shore University Medical Center and was pronounced dead.

Rip currents are no new occurrence, and swimming on the jetties has always been discouraged. Regardless, stronger and consistently intense rip currents have been observed this season.

Due to the increase in tide strength, Weather.gov has been monitoring the currents more closely this year than ever before.

Additionally, 101.5 mentioned this incident adding to the climbing number of drownings this season, specifically in the Wildwoods. A week earlier, Wildwood Police reported the recovery of a 45-year-old victim from Hillsdale, New Jersey.