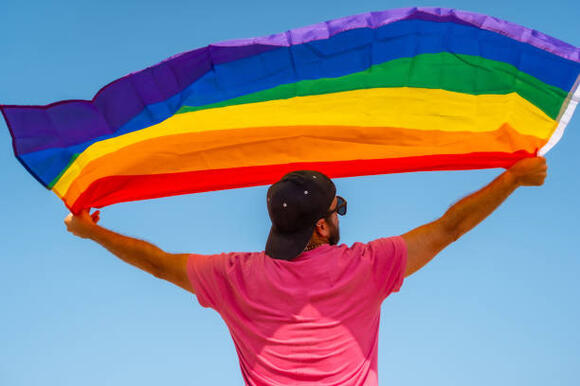 Pride Month has taken on a new meaning.(Unaihuiziphotography/iStock)

In 2022, not every obstacle for gay, lesbian, bisexual, or transexual person has been overcome. Triumphs made over recent decades within the community – now recognized as the LGBTQ+ community – allow more people who identify with this community today to live comfortably in their skin.

As time passes, more obstacles and hardships within the community present themselves, but the community has grown to become more inclusive of existences outside of heterosexuality.

After many years of fighting for equality, the entire month of June – and anything rainbow – has become commercialized. People within the community feel extorted as that has nothing to do with what they're standing for during June.

Of course, the marketing strategy is solid, but is it fair to the individuals who fought and died for the freedoms LGBTQ+ individuals have today?

As of this week, Fee Stories seems to think the commercialization of Pride is a good thing since recognition is given to the community for an entire month, regardless of outsiders’ religious or political views.

For the right reasons? It is great to see brands, corporations, and small businesses unite with a cause, without a doubt, but the intent behind their campaigns comes into question. Instead of advocating for the cause, they’re discounting their products and putting rainbows and pride flags all over to attract people and make sales.

Bring on the parades and marches for equality. A lot has been accomplished within the community using those tactics alone.

The first Gay Pride March was in New York City in 1970. The first March commemorated the Stonewall Riots which had occurred the prior year.

In the 1960s, it wasn’t unheard of for police to raid venues where people who identified with the LGBTQ+ community hung out. In June 1969, people at the Stonewall Inn of New York City resisted the police brutality, and four nights of riots ensued. Both police officers and protestors were injured.

Now, Pride Month has become a branded holiday, according to Vox, which explains how the holiday became so commercialized.

“Take, for example, Adidas, which has a special section of its site called the 'pride pack' selling rainbow merchandise to honor Pride Month. But it’s also one of the major sponsors for this year’s World Cup, which takes place in Russia, a country with anti-LGBTQ laws that make it unsafe for fans and athletes. That contradiction throws into sharp relief the emptiness that can lie at the center of corporate gestures of 'support' for the LGBTQ community,” Vox says.

Fee attributes Pride promotion in June to consumer culture surrounding holidays. This concept is not farfetched since people do buy cards and flowers for Valentine’s and Mother’s Day, toys during the holidays, etcetera.

Unfortunately, breaking the cycle will be hard – like remembering to bring your bags into New Jersey shops that no longer provide plastic bags to consumers – but it is possible.

Not buying into the Pride Month gimmicks and vetting small businesses for their intent behind the cause is the best way to make sure Pride Month receives the recognition it deserves.