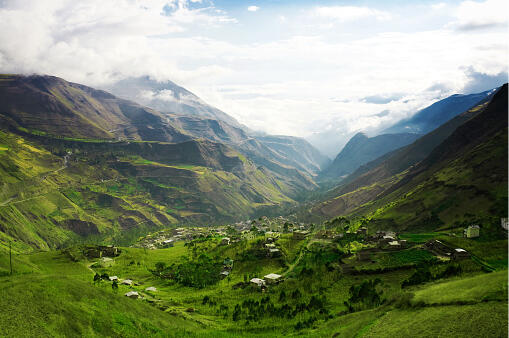 Cajas of Cuenca, Ecuador was hit with a 4.4 earthquake.(Kalistratova/iStock)

Ecuador is generally a highly seismic region of the world. The region is prone to earthquakes, volcanic eruptions, and even tsunamis.

Today, an earthquake struck the region of Cuenca. According to the United States Geological Survey, a 4.4 magnitude earthquake hit only hours ago.

Interestingly, this earthquake struck in the Cajas region of Cuenca, Ecuador, 9 kilometers (5.5 miles) SSE of the city.

Cajas in Cuenca lies in the Andes Mountains along the Pallatanga Slip-Strike faultline. Cuenca somewhat intersects the Cosanga faultline and makes Cuenca a semi-active part of the world.

“The earthquake occurred at an intermediate depth of 77.7 km beneath the epicenter in the afternoon on Thursday, June 9th, 2022, at 5:12 pm local time. The exact magnitude, epicenter, and depth of the quake might be revised within the next few hours or minutes as seismologists review data and refine their calculations, or as other agencies issue their reports.

A second report was later issued by the citizen-seismograph network of RaspberryShake, which listed it as a magnitude 4.4 earthquake as well. Other agencies reporting the same quake include the Institute of Geophysics of the National Polytechnic School in Quito (IGEPN) at magnitude 4.0 and the European-Mediterranean Seismological Centre (EMSC) at magnitude 4.4,” according to Volcano Discovery.

Since the region is also known for its volcanic activity, low-magnitude earthquakes are common. The landslide and earthquake registry for the region was last updated in March by Relief Web.