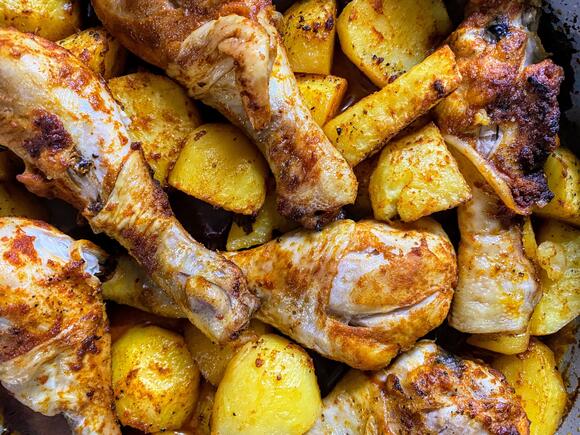 Limón is a very popular family owned restaurant that was first established in the Mission. This Peruvian restaurant was created by its head chef, Martín Castillo and his two siblings, Antonio and Eduardo. The three of the Castillo siblings had immigrated from Perú back in the 1990's. They had grown up with food and cooking being a huge influence on their lives. After immigrating, the Castillo siblings had continued cooking to share their own traditional Peruvian dishes with friends which become so popular that soon enough even friends of friends were asking for their cooking.

Due to the amount of positive feedback they received, the Castillo brothers eventually decided to open up their own restaurant, Limón, in 2002 in order to continue sharing their Peruvian cuisine to the rest of San Francisco. Throughout the years, Limón has become increasingly popular and has managed to expand to multiple locations throughout the Bay Area. Much of their growth has been through word of mouth and has since gained the approval of many national publications and critics alike.

Limón runs with the goal of bringing an authentic Peruvian experience to its patrons and provide a place where anyone can enjoy the dynamic and powerful flavors of Peruvian food. Some of the most popular items on the menu at Limón include the ceviches and the chicharrón de pollo. In addition to these popular items, the main portion of the menu consists of Limón's famous rotisserie chicken, or otherwise known as their pollo a la brasa. Their pollo a la brasa is served in different portions but all come with two sides and the signature Ají Amarillo Huacatay sauce.

Limón can be found located in many different locations around the Bay Area. One of their most popular locations can be found in the Mission District at 524 Valencia St.

There is a Perfect Number for Retirement

As people grow older, it is inevitable to start thinking about retirement more and more. When is the perfect time to retire? Unfortunately, there is no easy answer to this. We all have different ideas for the future, but we all also live different lifestyles. The ideal retirement life for one person might be another person’s living nightmare.