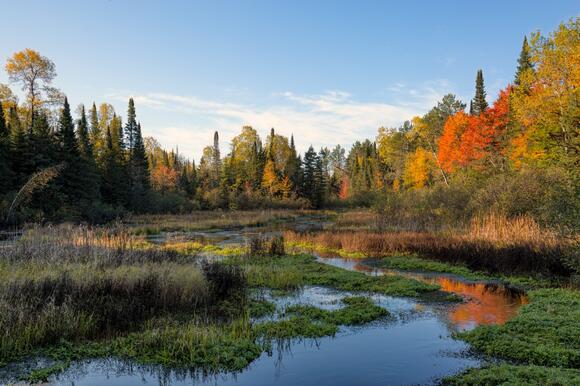 Photo by Dave Hoefler on Unsplash

Culver's has quickly become an everyday household name around the Midwest but it was not always like this.

Before Culver's, there was no big fast food chain restaurant that specialized in dairy products. Despite the lack of precedence, Culver's was able to take all the vast knowledge and expertise around dairy products from the small town of Sauk City in Wisconsin and transform it into a winning business.

Culver's is known to be synonymous with Butterburgers which are their take on the the traditional fast food burgers with a dairy twist. In addition to the Butterburgers, Culver's also offers various other dairy items such as cheese curds and frozen custards.

As of the writing of this article, Culver's has over seven hundred and fifty stores in the United States in around twenty five states. The majority of these locations are around the Midwest.

Culver's first started out in Sauk City where George Culver and Ruth Culver bought an A&W franchise. This is where both of the Culver's first got their first taste in fast food experience. Then later in life they decided to quit their jobs and eventually sell their businesses. After doing so, they opened up what would then become the first Culver's in Sauk City.

They immediately set to work creating the Butterburger and then eventually started seeing a surge in popularity. With their success, they were soon able to expand the Culver's business and open up multiple locations. Soon enough Culver's was known as the only fast food restaurant to pull up to if anyone wanted great burgers, cheese curds, or frozen custard.

Alongside the delicious food served at Culver's, both Craig and Ruth really wanted to let their hospitality and warm personalities draw customers in. Their huge success definitely has a large part due to the amazing welcoming atmosphere that Culver's creates.

Due to this, many families and individuals fondly remember their first step into a Culver's and the unforgettable taste of that first bite of a butterburger or the first spoonful of frozen custard. The Culver's motto is to put the people before aything, truly celebrating their guests, and leading by example.

One fun fact that not many people know is that the orginal Butterburgers were actually first created using a scooper for ice cream. The scooper was used to portion the fresh beef patties into the ideal size to be grilled into the amazing burgers that many know and love today.

The frozen custard exists as not only an amazing pair to their Butterburgers but was also a Wisconsin specialty that Craig Culver could never get enough of and had a great deal of love for in his college days.

Craig and Ruth's son would also play an integral part of the Culver's story. In fact, the soul of Culver's is set in the philosophy of "doing it right" which was actually in part inspired by how George always was fully determined to find the best quality ingredients and the loving care he put into every part of his work.

The last dairy item that deserves recognition are the crunchy and delicious cheese curds on the Culver's menu. Of course, being from Wisconsin, there could not be a restaurant from the area that did not offer cheese curds. The cheese curds have so much love from everyone that Culver's eventually created an entire national holiday just to celebrate the cheese curds which occurs on October 15th.

There is also a fish fry tradition at many Culver's which ties back all the way back in history to Midwestern supper clubs. Back in the tradition, fish fries were an integral part in creating a sense of community through food and Craig Culver wanted to continue the tradition through their very own fish fries.