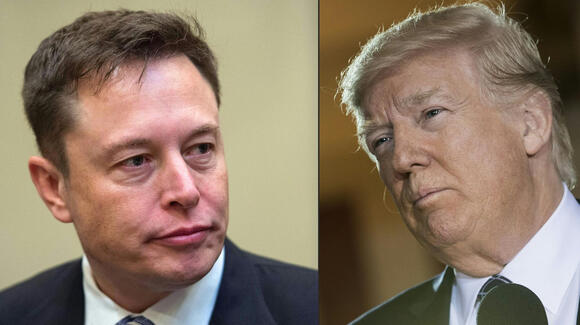 A new SEC document seems to give the green light to Donald Trump's return to Twitter. The plot thickens by the day.

Remember when Donald Trump vowed he had no intention of returning to Twitter? Well, he seems to have forgotten. According to a new document published by the SEC and reported by Gizmodo, the former President of the United States Government could return to Twitter very soon.

The SEC document details the exclusivity agreements between Donald Trump and TruthSocial; his recently launched social network that seems not to have started off on the right foot.

As described therein, "President Trump is generally obligated to make any social media postings on TruthSocial and may not make the same posting on another social media site for the next 6 hours. Thereafter, he is free to post on any site to which he has access."

But there was one last section of the text that caught the eye, and that is that it seems to indicate that Trump will be free to post on 'any' social network, as long as his message is politically driven. Of course, for a personality with the title of 'former president of the United States' under his arm, it is difficult to discern between which messages can be considered political, and which cannot.

Although this does not confirm that Trump will return, it seems that the team behind the former president is preparing enough gray areas to allow him freedom of movement at any time. According to his own statements, Donald Trump has no intention of returning to this social network; but this document seems to confirm that this door has not been completely closed.

Of course, this situation would only arise in the event that Elon Musk manages to finalize the purchase of Twitter. In addition, Trump's veto on the social network would also have to be removed; so it will not be something we will see overnight either.

The story between the two tycoons never seems to end. Musk, for his part, is still in the middle of a huge purchase. 44 billion dollars have been earmarked exclusively for the acquisition of Twitter, but it seems that the story does not end here.

Very recently, we saw a slight wobble in the negotiations. The entrepreneur temporarily suspended the purchase of the platform. Everything points to the fact that Musk does not trust the bot data that Twitter offered him before the purchase. Now, as if it were the drama Succession, we will have to wait to find out how the adventures of the tycoon and his new toy will end.