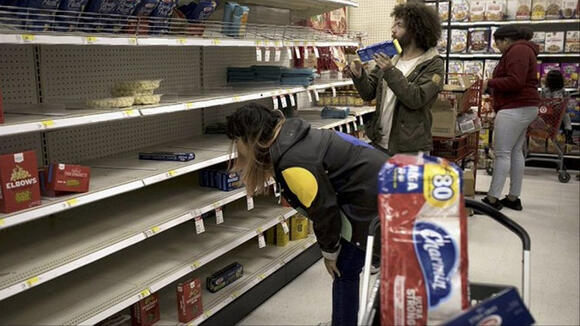 Consumer prices slowed in April in the United States to 8.3% over the same month in 2021, the government reported Wednesday. Inflation had stood at 8.5% in March over the previous 12 months, but slowed last month.

The first slowdown in rising prices is a good sign for the U.S. economy, although we will have to wait for the next few months to confirm whether the trend holds or picks up.

Gasoline was down 6.1% in April compared to March. However, despite this decline, the cost of energy rose 30.3% over the past 12 months, and the cost of gasoline is 43.6% higher than a year ago.

Food prices rose 10.8% in the last 12 months, which is the largest annual increase since November 1980, according to the report. Meat, poultry and fish, along with eggs, rose 14.3%.

Rising prices have become the main headache for President Joe Biden, who a day before the release of the April index declared inflation to be his "top national priority."

In response, Biden continues to blame Russian President Vladimir Putin and his decision to invade Ukraine, which led to high inflation in the United States.