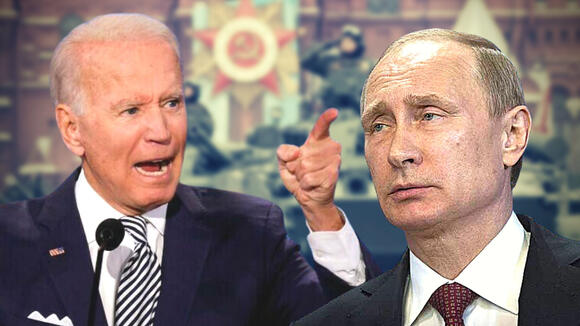 During a charity event on the outskirts of the capital, Biden said that Putin "believed he could break NATO and the European Union" when he ordered last February 24 the invasion of Ukraine, but, according to the U.S. president, he did not succeed.

Biden, who described Putin as "very calculating", and considered that he is not managing to "find a way out" of the invasion, so the White House is "studying" what to do about it.

Initially, Russian troops tried to take the Ukrainian capital, Kiev, but in April they withdrew from the area and focused their efforts on the Donbas region in eastern Ukraine, according to BioBioChile.

For his part, Putin defended Monday that the aim of his military campaign is to defeat "Nazism" in Ukraine and ensure Russia's security against the "threat" from NATO, on the occasion of the Victory over Nazi Germany Day.

"The defense of the homeland was always sacred. Now, in our days, you fight for our people in the Donbas, for the security of our motherland, Russia," the Russian leader stressed during the traditional military parade on Red Square.

Later, the Pentagon replied to the Russian president that in Ukraine "there are only Ukrainians, not Nazis."

"We have heard the same bluster, the same falsehoods, the same lies, as far as your rhetoric is concerned, that we have heard from the very beginning," U.S. Defense Department spokesman John Kirby told a press conference.