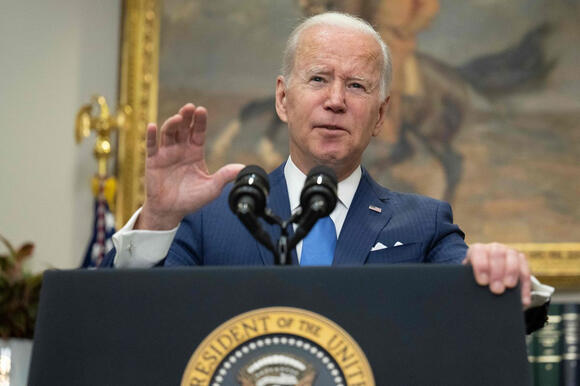 The U.S. government asked Congress to approve $33 billion in extra assistance for Ukraine.

White House spokeswoman Jen Psaki said the request is from President Joe Biden. The new aid package will be focused on armaments and supplies.

The new economic injection is more than double the 13.6 billion approved last month for the same purpose: an allocation that Joe Biden said days ago was almost exhausted.

According to White House and Pentagon spokesmen, the money should give a strong boost to the Ukrainian army's counteroffensive and cover its needs for about five months.

The budget is made up of more than 20 billion in military assistance to the invaded nation and, to a lesser extent, for reinforcing the defenses of neighboring countries; more than 8.5 billion to keep President Volodymir Zelenski's government functioning; and some 3 billion more for food and humanitarian programs for civilians, including the more than five million refugees who have fled the war.

"The cost of this fight is not cheap, but giving in to aggression would be more costly," Biden said in announcing the budget proposal. "It is critical that this funding be approved as soon as possible. There is no time to waste. We need to act now," he urged.

Biden also wants Congress to give his Administration the authority to convert assets seized from Russian oligarchs close to Putin, including their yachts, mansions and bank deposits in the United States, into aid to Ukraine.