A tech enthusiast with a great interest in gadgets and gears. 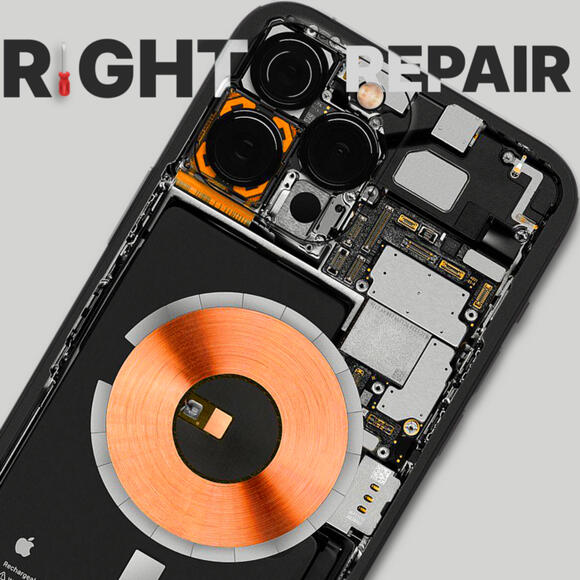 Apple’s notorious when it comes to controlling its user’s will and manipulating their decisions with its strict and anti-consumer rules and policy. Apple had been always against the whole ‘Right-to-Repair’ idea that’s been wide-spreading over consumer electronics goods for the last 5 years.

Remember the 5-point screws on each side of the charging port, those were solely designed by Apple to restrict the non-authorised store from getting into iPhones. You can’t unscrew the screws without a right screwdriver, and to get that screwdriver, you’d have to be an Authorised Apple Store. And, that’s how Apple used to screw its users.

After that, when eventually people got their hands on the screwdriver, Apple made it impossible to replace the screen of the iPhone 13 without breaking the FaceID feature, even if it’s an original Apple screen. It was only a matter of time until people found out that you must replace the microcontroller chip connected to the original screen. But guess what, that chip is embedded in the motherboard socket, and again makes it nearly impossible for the non-authorised stores to extract it without the manuals and right resources which is restricted by Apple.

This is also done by Google in their new Google Pixel 6 Series, if you replace the screen with another Pixel 6 Pro screen the fingerprint becomes unaccessible. But unlike Apple, they have a pretty easy approach to fix that.
You can just visit this website and install the fingerprint calibration software on your Pixel and everything happens like magic, kind of.

Right-to-Repair demands that manufacturers make authentic spare parts of a product available to buyers of that product, giving them the power to get their product repaired from independent repair shops instead of depending solely on the manufacturer for authentic parts.
- Financial Express

Coming to ‘How Come Now?’ part
Apple, who was trying every trick up its sleeve to delay the ‘Right-to-Repair’ effect on itself, announced ‘Self Service Repair’ on 17 November 2021.

Now this means that Apple will be providing genuine parts and tools to individuals who are capable of repairing their devices using the Apple Self Service Repair Online Store.

Numerous reasons that I think made Apple take this step.

On the good side
But after this move from Apple, let’s look at the good side. Apple, being a trendsetter *coughs* Adapter *coughs* will steer other manufacturers to work on their ‘Right-to-Repair’ policies. After a few years, this will result in a very independent tech era where you’ll be able to find any genuine part, repair manual online, and visit any local store of your choice and get your device repaired. No crowded areas, long lines in stores, and the experience of repairing your device on your own, of course, with the help of a manual.

A tech enthusiast with a great interest in gadgets and gears.

Meta, formerly known as Facebook, has made it official that it will be acquiring Within, the creators of virtual reality-based workout app Supernatural to support its Oculus Quest Devices.

Here’s how you can increase your productivity by using these 5 ways to transfer data from an Android smartphone to a laptop. Be it links, images, files, videos, you name it!. I’ve seen many people setting up another messaging account just to receive possibly that one file, or sending that one link they don’t want to lose, emailing yourself that pdf and then logging in from another device and then downloading it there, ugh! so much work. It becomes a hassle to send the files to other devices, well that hassle ends now!