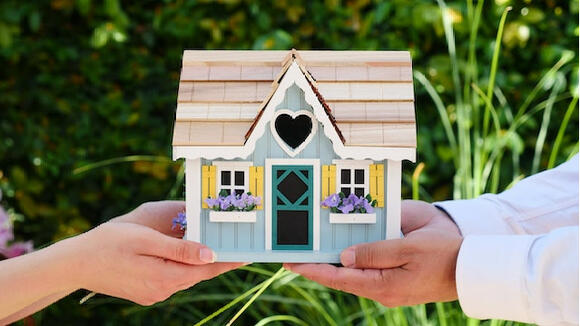 Housing affordability in the state is at its lowest level in almost 15 years. The median home price in California is now a staggering $883,370. Only 16 percent of households in the state can afford to buy a home at this price.

According to the CAR report, you would need to show a household income of at least $199,200 a year to afford the median home price of $883,370. Your payments for this home would be $4,980 a month for a fixed rate mortgage of 30 years at a 5.39 percent interest rate. This includes principal, interest, and taxes. It also assumes that you put 20 percent down on the home or about $177,000.

To put these numbers in perspective, the U.S. Census Bureau reports the annual median household income in California is $78,672 and the per capita income for the state is $38,576. By either measurement, homeownership is financially well out of reach for many residents in the state.

California and the backlash of affordability

The combination of record high prices and interest rate hikes have made the dream of homeownership simply unattainable for many Californians looking to crack the housing market. And it’s not just people looking to buy a home that are feeling frustrated. Renters are also struggling with the high cost of living in the state.

The National Low Income Housing Coalition (NLIHC) ranks California as the second most expensive state for renters (behind Hawaii, which ranks number one). To afford the rent on a two-bedroom home in California, the NLIHC estimates you would need an annual household income of $81,133.

The high cost of housing has left many residents wondering if they even want to stay in the state. In 2021, over 360,000 people left the state, some citing the overall high cost of living as their reason for moving. California ranks second in the country for outbound moves. Common destination points were Texas, Washington, and Florida.

Are you planning on joining the exodus of people leaving California?

Here is a guaranteed income program that might have long-term positive effects on our society. A pilot program by the San Francisco Human Services Agency will provide $1,200 per month for 18 months to 150 former foster youth to help as they “age out” of foster care.

Some winners of the 1921 Atlantic Apartments affordable housing lottery will qualify for studio apartment rentals of $375 per month. This is in Brooklyn, where the average monthly rent for studios is $3,350. If you do the math, that’s a savings of $2,975 a month... or $35,700 in a year. Maybe not Powerball territory but a nice chunk of cash just the same.

California residents receive up to $21,600 in 7 guaranteed income programs

California, a big state known for doing things in a big way, is planning to award just over $25 million for seven guaranteed income pilot programs. Once implemented, these programs will provide no-strings financial support for 1,975 individuals. According to a recent announcement by the California Department of Social Services,

Bronx apartments available from $397 a month at new affordable complex

Lucky winners of this Brook Avenue Apartments housing lottery may qualify for rents as low as $397 a month for a studio apartment in the Bronx. A total of 42 newly constructed apartments will be available for those meeting income and household size requirements.

The city of Long Beach, California has launched the Long Beach Pledge. The guaranteed income program will provide 250 qualifying residents $500 a month for one year. Applications will be accepted until 4:59 PM PST on January 17, 2023. See below for details on how to apply for the program.

San Francisco Mayor London Breed has announced a guaranteed income program to provide economic assistance to some of its more vulnerable residents. The Guaranteed Income for Transgender People (GIFT) program will provide $1,200 a month for 18 months, for a total of $21,600, to 55 transgender residents of San Francisco. The deadline for applications is December 15, 2022. See below for details on how to apply.

Can you make a holiday meal for a family of four and get change from a $20 bill? These YouTubers say you can, thanks to Dollar Tree. Let’s see. We look forward to the holidays. But maybe you are thinking, “Oh yes, the holidays are here. Now all I have to do is find the time and the money to put together a holiday dinner.”

Don’t put it off if you plan to enter the NYC Housing Connect East New York Cluster Apartments housing lottery. The rapidly approaching deadline is November 25, 2022. Winning this lottery could make it a great holiday season as there are some terrific bargains on affordable rent.

The Parkchester Gardens Senior Apartments housing lottery has some great bargains for households with at least one member who is at least 62 years old. The rents and income requirements as listed are somewhat different compared to other housing lotteries. Because of this, I will just quote from the NYC Housing Connect website:

Brooklyn affordable apartments as low as $1,288 per month

Some of my recent housing lottery articles have mentioned rents as low as $397 a month. Compared to that, the best deal in this lottery — $1,288 for a studio apartment — might not sound so exciting. However, if you compare it to the $3,445 average rent for a Brooklyn studio apartment reported by Zumper, it still looks good by comparison:

You don’t have much time left to apply for the Halletts Point 7 NYC Housing Connect lottery The deadline for this lottery is November 21, 2022. Of the 145 units in this lottery, 32 will rent for under $1,000 a month to lottery winners meeting household income and size requirements.

Coachella guaranteed income program gives up to $9,600 to immigrant families

The desert city of Coachella, California, not far from ritzy Palm Springs, is offering financial assistance in the form of a guaranteed income to some of its most vulnerable residents. Selected families will receive cash payments of $400 a month for up to two years. The money is a gift and does not have to be paid back or accounted for in any way. Recipient families can use the funds in any way they prefer.

Sacramento area affordable apartments as low as $472 per month

In Sacramento County, just a few miles from California’s state capital, the city of Elk Grove is hosting a lottery for affordable apartments. Monthly rents, based on household income, are as low as $472, making this an attractive lottery – but you’ll have to hurry if you want to apply. The deadline to enter is November 10, 2022.

Deadline nears for Brooklyn affordable apartments starting at $397 a month

You have less than two weeks left to apply for this housing lottery with some super affordable rents for those who qualify. The deadline is November 14, 2022 for the Linden Terrace II lottery.

Brooklyn affordable apartments as low as $770 per month, includes heat and hot water

If you qualify for and win this NYC Housing Connect lottery, you might be able to rent a one-bedroom apartment in Brooklyn for as little as $770 a month. Out of the 19 available, there are only two at this rate, but the others are all well below the $3,875 per month median rent for Brooklyn as of October 2022.

You might not have to pay rent at all if you qualify for and win this Brooklyn housing lottery. In this NYC Housing Connect lottery, East New York Cluster Apartments is offering 36 affordable apartments in three buildings in Brooklyn. Of the 36 newly constructed units available, just five are being offered with $0 monthly rent to those with qualifying household income and size.

If you want to apply for City of Los Angeles Section 8 rental assistance, the time is now: there are only a few days left to enter the waiting list lottery. All entries must be placed online, and the deadline is Sunday, October 30, 2022 at 5:00 pm PDT.

Manhattan apartments from $654 a month at new affordable housing development

How about an apartment in pricey Manhattan for as little as $654 a month? If you or someone in your household are 62 years of age or older, you may be eligible for this NYC Housing Connect housing lottery. This is just a fraction of the $3,375 average rent for a Manhattan studio apartment as of October 2022.

The city of Long Beach, California has announced the launch of a guaranteed income program that will give cash to low-income families that depend on a single income earner. According to a city press release, the Long Beach Pledge program will give $500 a month for 12 months to 250 selected families, for a total of $6,000 per family.

New Haven program gives up to $25,000 to homebuyers for down payment and closing costs

It’s not easy for prospective homebuyers to jump into the real estate market these days. Both prices and interest rates are high, making it a challenge for anyone looking to buy a home. Fortunately, an affordable housing government program established by the city of New Haven, Connecticut looks to assist buyers in getting on the housing ladder.