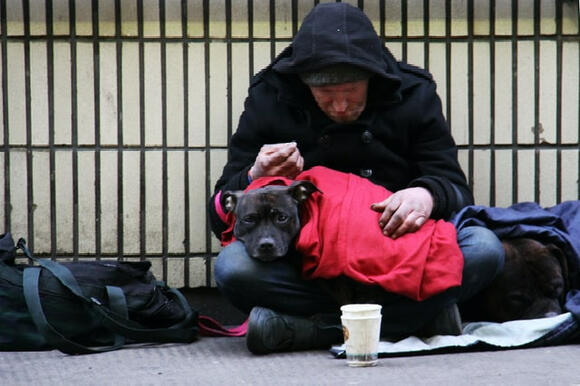 During a contentious public meeting, the Los Angeles City Council voted to move forward with an ordinance banning homeless encampments near daycare centers and schools. For nearly an hour, protesters against the ban shouted down councilmembers, forcing the council to clear the chambers so the meeting could continue.

Los Angeles public school officials say the ban was needed to protect the safety of children, parents, and school personnel. Proponents of the ban cite the over 120 new homeless encampments springing up near schools over the last year as a growing cause for concern. The encampments pose a public health risk, are traumatic and dangerous for children, and block access to school campuses.

People opposing the ban say it criminalizes poverty and does nothing to solve Los Angeles’ homeless crisis. They say it will take focus and funds away from providing affordable housing solutions. City officials admit that enforcing the ban will take teams of people and will be a challenge given the large number of homeless encampments.

Number of people at risk for homelessness grows in California

Los Angeles is the epicenter of one of the country’s worst housing crises, with a homeless population estimated at 66,400 people in Los Angeles County. These numbers could grow even higher as pandemic-related eviction moratoriums end.

Affordable rental housing is now out of reach for many Los Angeles renters, particularly those on fixed incomes or earning minimum wage. A report from the National Low Income Housing Coalition (NLIHC) reveals you would need to earn $30.85 an hour just to afford a modest one-bedroom apartment in L.A. This is well out of reach for those earning the Los Angeles County minimum wage of $16.04 an hour.

According to the most recent data from the U.S. Census Bureau, an estimated 1.4 million California renters are behind on their rent payments. This number is part of the Census Bureau’s “Household Pulse” survey project undertaken to determine how the pandemic has impacted people’s lives.

The Census Bureau states their numbers are estimates only based on sample sizes and that standard errors may be large. However, if their estimates are anywhere close to realistic, California could soon see a tidal wave of newly evicted and/or homeless people.

The survey asked participants the likelihood they would have to leave their rental units because they were being evicted. Approximately 290,000 California renters fall into the “very likely” category that they will have to leave their homes due to eviction in the next two months.

What are your thoughts on L.A.’s homeless encampment ban?

San Diego County’s latest effort to prevent homelessness focuses on senior citizens who need financial assistance to remain in their rental units. With the high rate of inflation and increased housing costs, many older San Diegans are facing a crisis that has put them on the brink of living on the streets.

Two new San Diego guaranteed income programs give up to $1,000 a month to low-income families

If you’re a San Diego resident, it will come as no surprise that the area’s high cost of living is putting a financial strain on many families. Median rent for a modest two-bedroom apartment in San Diego has climbed to $3,420 a month, up 26 percent over the past year. And according to the U.S. Census Bureau, 11.8 percent of San Diegans live in poverty.

Governor Gavin Newsom just signed new legislation that will boost housing production in California. Two of the new laws (SB 6 and AB 2011) focus on streamlining the housing approval process in California, along with creating thousands of jobs in the housing industry.