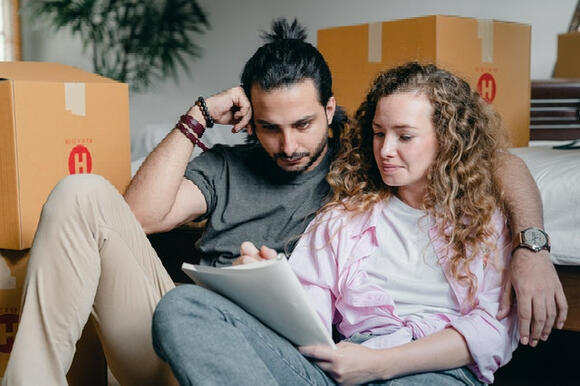 Things aren’t any better if you’re searching for a two-bedroom unit. Median rent has climbed to $2,100 per month, up 5% in the last month. Of all Chicago metro areas, Skokie has experienced some of the most significant rent growth. Median rent for a one-bedroom unit in Skokie has risen a staggering 34.6% year-over-year.

If you’re willing and able to move farther away from Chicago, you might have better luck finding cheaper rent in some metro areas. The year-over-year median rent for a one-bedroom apartment is down 2.3 percent in Oak Park and 4.2 percent in Dekalb.

What you need to earn to afford rent in Illinois

Housing affordability is a problem across the entire state. According to the National Low Income Housing Coalition, the state has a shortfall of 288,917 rentals affordable for low-income households.

Many households struggle to afford rent. This is especially true when you combine high housing costs with growing inflation for food, transportation, and utilities.

In its “Household Pulse Survey” for May 2022, the United States Census Bureau reports that an estimated 407,816 Illinois households are currently behind on their rent payments. And over 315,000 Illinois renters say they are not at all confident they will be able to make next month’s rent.

What is Chicago doing to make housing more affordable?

In December 2021, Mayor Lori Lightfoot, along with the Chicago Department of Housing, announced plans to spend more than $1 billion to tackle the city’s affordable housing crisis. This money represents the biggest investment in affordable housing in the city’s history. The plan will fund 24 new developments that will restore or build over 2,400 affordable rental units.

This news comes on the heels of criticism that the city’s housing services have been long underfunded and poorly managed. Chicago Alderwoman Jeanette Taylor recently expressed her frustration with the city’s flawed housing system. Taylor revealed she had applied for a Chicago housing voucher in 1993. In May 2022, the housing authority notified her that she had finally made it to the top of the waiting list—a full 29 years after applying.

What are your thoughts on Chicago’s affordable housing crisis?

Join the conversation in the comments section. And if you appreciate this content, please follow and share. Your support helps us deliver our news to a wider audience. Thanks so much!