9 Scenic Attractions You Must Visit in Chula Vista 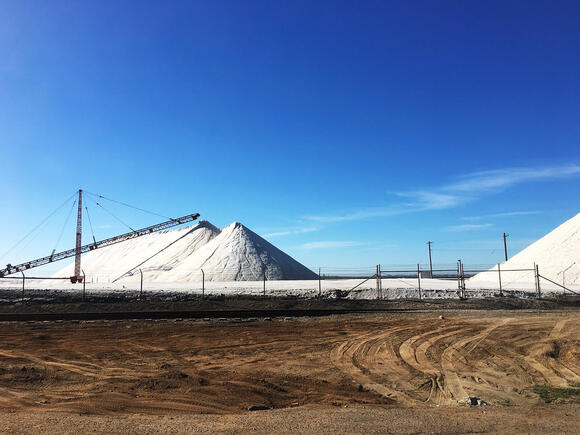 Chula Vista means "beautiful sunset," and this city is full of breathtaking sights and activities. Chula Vista city is in California, has a quarter of a million people, and is statistically one of the safest locations to live in the United States.

The Living Coast Discovery Center, Mattress Firm Amphitheatre, Aquatica San Diego, and the Chula Vista Marina are just a few of the family-friendly activities in the Californian metropolis. Let's take a look at the best Scenic Attractions to go to in Chula Vista.

In the 1990s, the San Diego National Sports Training Foundation presented the United States Olympic Committee with a 155-acre facility as a gift. The complex is a cutting-edge training facility utilized by future Olympic hopefuls.

The athletes are helped in all aspects of their training, including their timetable. Visitors are welcome to have a self-guided tour of the facilities free of any cost.

Chula Vista Bayside Park is a small beachfront public park on the east side of San Diego Bay. It features paved walking trails, picnic tables, a fishing pier, and stunning views of the San Diego-Coronado Bay Bridge and the San Diego cityscape.

The park's amenities include multiple trails for bicycling, walking, jogging, skating, bike parking, fitness stations, and play equipment for children of all ages, concessions, and a tiny sandy beach. Swimming and stand-up paddleboarding are available off the beach, kayaking and guided kayak trips of the surrounding Sweetwater Marsh.

The Living Coast Discovery Facility, located in the Sweetwater Marsh Unit of the San Diego Bay National Wildlife Refuge, is an environmental teaching center with a variety of displays displaying animals, birds, and marine species. The permanent exhibits at the Center focus on local creatures and plants located in San Diego Bay and Southern California.

They include many major exhibit areas such as Turtle Lagoon, which focuses on Eastern Pacific green sea turtles, and the Shark & Ray Experience & Sting Ray Touch Pool, where visitors may observe various kinds of sharks, guitarfish, and rays.

Prehistoric Native Indians occupied the site 9,000 years ago and utilized the River Valley's resources to live a thriving existence. In the 1800s, the Spanish arrived, and various projects were erected that lasted for decades.

Hiking, biking, picnic sites, and horse paths are just a few of the superb recreational opportunities available in the region. The valley also hosts several yearly events and musical concerts that the entire family may enjoy.

Aquatica San Diego is a beautifully landscaped waterpark that is part of SeaWorld's Waterpark and features high-speed rides and thrills, interactive and up-close animal experiences, and the premium facilities of a sophisticated seaside resort.

The South Seas-themed waterpark has one of the largest wave pools in Southern California, as well as a wide sandy beach for sunbathing and dozens of water-based slides and rides, such as the HooRoo Run, which has two enclosed and two open-air slides with an 80-foot plunge. Visitors may interact with dolphins and penguins up close, see marine life shows, and take aquarium tours.

It went on to become the second biggest salt producer in California throughout the twentieth century. The South Bay Salt Works extracts salt by evaporating water from the Pacific Ocean, and more than a million tonnes of salt have been extracted since its beginnings.

The salt ponds also serve as a rest stop for endangered and threatened migrating birds, and in 2011, two of the works' salt ponds were converted to marshlands to provide habitat for the birds.

The Memorial Park, located just outside of downtown Chula Vista, is a gorgeous park that serves as the ideal venue for the Memorial Bowl. The Bowl has a seating capacity of roughly 700 persons. Every year, the location is used for a large number of weddings and other events.

The Bowl was erected to honor all of the heroes who have died while fighting for the United States. The park itself was established in 1939, during Roosevelt's presidency.

The Rice Canyon Route is a 4-mile trail located in Chula Vista. The pathway is appropriate for hikers of all skill levels and offers a moderate trek up and down the nearby hills.

The path is for hiking or jogging, and it is available all year. The trail is calm, so you can enjoy some quality alone time while admiring the flowers along the way and the water flowing along the stream parallel to the pathway.

If you want to take a quiet walk down the bay's edge to look at the boats, this is a terrific spot to start. The Marina provides a serene environment, complete with swaying palm palms and stunning sunsets. There are so many beautiful yachts docked here that you could spend hours admiring them.

If you become hungry after looking around, walk down to the Galley at the Marina, it is a pleasant place to get a bite to eat and relax while listening to live music.

The weather in Chula Vista is pleasant all year, and there are miles of trails and shorelines just waiting to be discovered. If you enjoy the great outdoors, you will undoubtedly like Chula Vista.