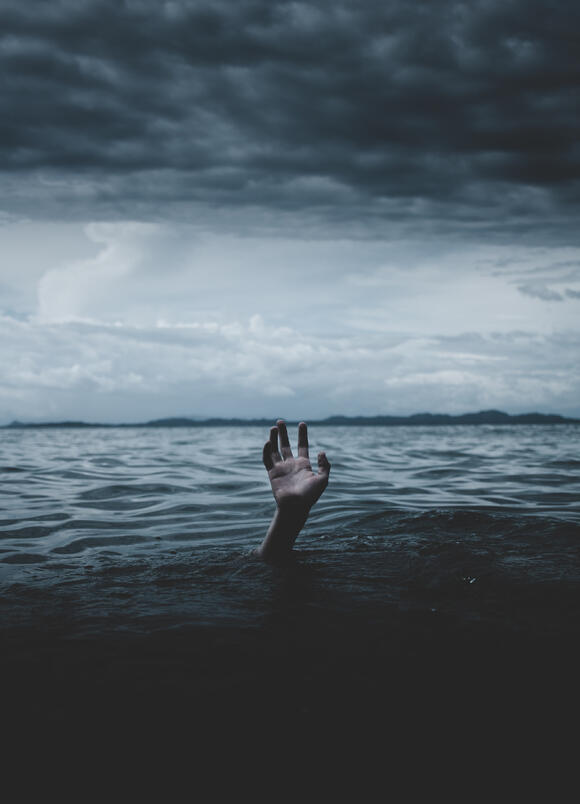 Hand reaching out of the ocean.Ian/Unsplash

Then the next day, I saw another post about an overdose. I figured it was about the same person but it was someone else. And then a third person.

After a while, there were posts all over warning against buying cocaine from East Atlanta. As someone was selling the stuff without telling people about the fentanyl. It finally made the news, five people overdosed. Some were people from the film industry, Jack and I have friends that run in these circles. Hearing personal stories from friends made it much sadder.

Then the Star Bar had Narcan kits for sale, and a class teaching people how to use them properly. Many of my friends were there, everyone went home with a kit.

I'm not much of a party girl, so I don't know much about where or how to find this substance but it made me think about how the pandemic has been affecting people.

No one really talks about how the lockdown, loss of jobs, and illness can wear on the mind. Some people are worried that life won't go back to normal, some were on lockdown alone. We have traded human interaction with detached social media.

I believe people are turning to vices out of desperation. Everything feels so heavy and uncertain, I can't judge others on how they cope with this issue. But as we try to get back to any relic of normalcy, mental health will be the next pandemic. In fact, you can say it's already started.

As I scrolled through Facebook today, I see the RIP posts and pictures of those who have passed on my timeline. There are comment threads talking speculating on who could be selling tainted cocaine (drugs are bad, but I guess tainted ones are worse?).

This will soon die down after a couple of weeks. Seems cold to say but I've seen the pattern. Outrage, concern, then we go back to isolating ourselves until the next crisis. Everyone is so desensitized to bad news.

I wonder if that's the new normal.

Bird's eye view of a neighborhood.Blake Wheeler/Unsplash. Today is Sunday and it seems like the pandemic has been dragging on forever. There have been highs and lows at every turn.