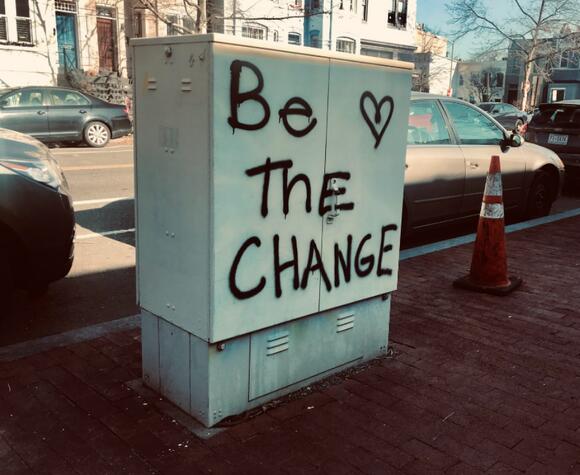 Photo by Maria Thalassinou on Unsplash

Lately, my intuition has been especially on point this week. As I watched the news concerning the pandemic, I caught a glimpse of another news story.

Former members of QAnon refer to the organization as a cult.

I was taken aback by that. I’m not a Trump supporter but as someone tends to see both sides of the coin, I felt so bad for them.

I don’t believe that all Trump supporters are bigoted monsters. I feel that they are scared and concerned for the state of this nation. Liberals feel the same way, but their approach is more centered around changing societal norms. Which isn’t a bad thing but it does leave some gaps.

Many people on both sides of the fence feel left out of the conversation when it comes to change. The shift in the job market is making it hard for some people because they’re being replaced by robots. And companies are doing their business overseas, so a manufacturing job isn’t an option.

I can see why people are so tightly wound up. On top of a pandemic that revealed how fragile this country really is. People are coming to some very harsh truths and it’s only the beginning.

That’s why so many people voted for Trump.

I’m still wondering how Trump was allowed to represent the Republican party. There is nothing conservative about him. He never carried himself as such. I’m not even sure he’s a Christian.

As I dug in to better understand the mindset of Trumpsters, I saw some interesting interviews. A video of Trump voters from then to now. They really believe this man could fix the woes of this country. But after such a disappointment, they seem so hopeless. He let so many people down.

I’m sure there are still other people that will continue to support him. I also think Liberals should learn how to win gracefully. Conservatives wanted change too, they just wanted to be included. You’d think with all this, “don’t shame people,” and, “let’s be more inclusive,” we’d have a little more empathy for each other.

We can sit here and talk about all the times Conservatives made racist memes about Obama. Or how they are constantly bringing up abortion. Trust me, I know.

But neither side can point the finger without point three back at themselves. Instead of arguing online to a bunch of strangers, join forces and hold our leaders accountable. If you vote for someone, you have certain expectations of them. If you vote for Biden, you have to hold him to a certain standard.

I think people are so tense because they don’t feel heard. Times are changing and for many, it’s uncertain if these changes are good for them. Which is a very valid point. Are we truly being inclusive when it comes to improving this country?

I’m all for LGBTQ+ rights and defeating police brutality. But what I have noticed every election year is both white and black people who are struggling in poverty never get a proper platform. Instead they get pandered to with empty promises by the rich, who have no real insight of what it means to be working-class.

I think we as a collective are exhausted from putting our trust in people who really don’t have an interest in helping us. No one really feels heard despite the media displaying diversity in commercials and shows.

So instead of bashing Trump supporters and gloating about Biden, look beyond the ideology. These are people who were desperate like we all are. Maybe showing some kindness is the thing to bring the overzealous supporters to snap out of their haze.

Bird's eye view of a neighborhood.Blake Wheeler/Unsplash. Today is Sunday and it seems like the pandemic has been dragging on forever. There have been highs and lows at every turn.