Breweries and Distilleries in Baton Rouge 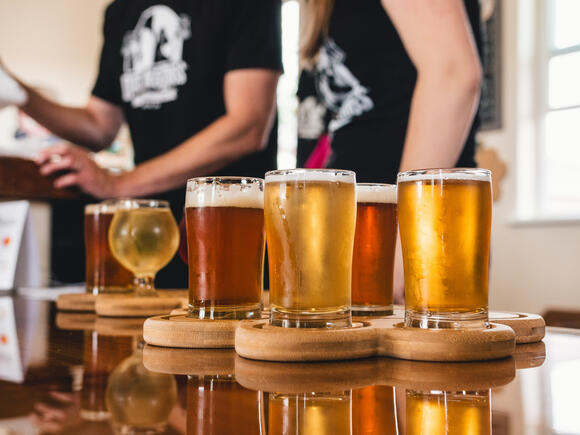 BATON ROUGE, LA - Craft breweries and micro-distilleries have been growing in south Louisiana in the last few years. Homegrown beers and spirits are often paired perfectly with regional cuisine. You can also tour these local beverage makers in Baton Rouge and sample their products.

Established from scratch by a couple of LSU alumni in 2014, Baton Rouge Distilling is the first distillery in the capital city. Their experiments resulted in the creation of Strawberry Brandy in 2016 and Louisiana Bourbon and Rye Whiskey in 2020.

Baton Rouge Distilling focuses on producing small batches of spirits made of local ingredients and its first batch of bottles was officially released in May 2021. They provide distillery tours and a tasting room for spirits and cocktails as well.

Newly opened in December 2019, Rally Cap is a fresh and unique local brewery. The baseball-themed brewery features 16 taps of house-made beer. The cool converted warehouse quickly becomes a community spot and hangout bar for residents who enjoy some good beer and sports.

The brewery offers a variety of beers, from Wendy Peffercorn Stout and DDH First Pitch Pale Ale to Bleacher Bum IPA and Strawberry Hefeweizen. The place is especially packed on game day as it provides ten widescreen TVs for guests to watch.

Three Roll Estate is a farm-to-table distillery, they grow their own sugarcane and process it for distillation. Once a year, during Louisiana's annual sugarcane harvest, they release their signature Agricole style Rhum made from freshly pressed sugarcane. They also craft other bottles such as Brazilian-style Rum, White Rum, Dark Rum, Red Stick Cinnamon Rum, and more.